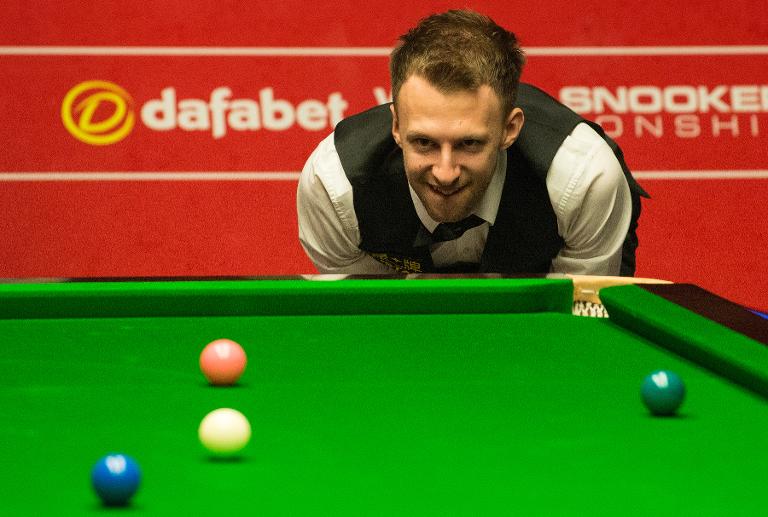 Judd Trump will play China’s Ding Junhui in the quarter-finals of the World Championship after defeating Hong Kong’s Marco Fu, the other remaining hope of a first Asian world champion at this year’s tournament, on Monday.

Trump, sealed his place in the last eight in style, rattling in a break of 133 to complete a 13-8 victory over Fu at Sheffield’s Crucible Theatre.

Trump now faces Ding in a repeat of the duo’s 2011 semi-final which saw the Englishman come through 17-15 before losing to Scotland’s John Higgins in the final.

Trump has been in fine form this season, winning both the Australian Goldfields Open and World Grand Prix.

By contrast, until arriving at the Crucible, Ding had looked out of touch this term having won a record-equalling five ranking titles last season to extend his career haul to 11.

But he saw off Higgins 13-9 last weekend, prompting the four-time world champion to label Ding “a big, big danger to win this tournament”.

Trump though was upbeat about his own form and questioned whether Ding had yet been given much of a test at this year’s World Championship.

“My game is there, if I continue to play like that Iâ€™ll be tough to beat,” Trump, 25, told the World Snooker website after defeating Fu.

“Ding has played OK, although maybe his opponents have made him look good.”

Murphy will now play Scottish surprise package Anthony McGill, who caused the upset of the tournament so far in knocking out defending champion Mark Selby, in the quarter-finals.

Perry, faced with a mountain to climb at 12-4 down overnight, won Monday’s first frame only for Murphy to seal victory by winning an error-strewn 18th frame.

“It is just nice to get through and still be punching. You’ve got to treat the game with respect and hope you get the opportunity to get over the line,” Murphy said.

‘The Thunder from Down Under’, Robertson has been in fine form at the Crucible, and made four century breaks against Carter, ending the match with a tournament-high 145 after they resumed with the Australian 11-5 up.

O’Sullivan returned leading Stevens 12-4, and although the Welshman won Monday’s first frame, the ‘Rocket’ sealed victory in the next with a break of 77.

Asked if he was as still as pumped up going for a sixth world title as he was chasing his first, a candid O’Sullivan said: “No, not really. When you’ve won it five times and you’ve won everything else then you don’t really get that excited about it.”

He added: “I’ve kind of settled at five. It’s not a bad innings and if I can add to that, that’s great, but you kind of lose motivation in the end.