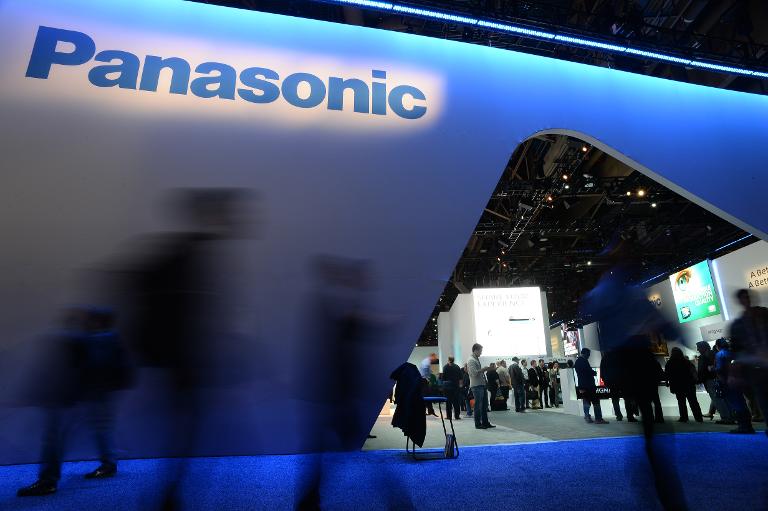 The Osaka-based firm’s earnings for the fiscal year to March surged to 179.49 billion yen ($1.5 billion), although revenue edged down 0.3 percent to 7.7 trillion yen.

The upbeat figures underscore how Panasonic’s shift to focus on lesser-known businesses, including an energy and auto division, has helped its finances, and made it a standout as rivals Sony and Sharp continue to struggle.

Sales in the unit rose “mainly to favourable demand in automotive business overseas especially in North America and Europe, offsetting a sales decrease from downsizing unprofitable businesses and transferring businesses”, it said in a statement.

For the current fiscal year, which started this month, Panasonic said it expects a 180 billion yen net profit on revenue of 8.0 trillion yen.

A sharply weaker yen has helped Panasonic and other major Japanese exporters as it made them more competitive overseas and inflated the value of repatriated profits.

After posting record losses in recent years, Panasonic along with rivals Sony and Sharp launched painful overhauls as falling prices in their television businesses hit their bottom line.

As it moves away from consumer products, Panasonic is pulling the plug on its last remaining TV manufacturing factory in China owing to the sharp decline in prices.

It has also signed a deal with US electric carmaker Tesla to build a huge battery-making plant in the United States.

Still, a sales tax increase in Japan last year — the country’s first since the late nineties — hurt consumer demand and damaged sales of household appliances, where Panasonic is a major player.

The vast company’s shares rose 1.03 percent to 1,716.0 yen in Tokyo, before the results were published.

“Panasonic is recovering faster than its domestic rivals because it focused its restructuring more quickly,” said Keita Wakabayashi, an analyst at Mito Securities in Tokyo.

“Its strong sectorsâ€¦contributed to overall earnings while Sharp has been left behind. It’s suffering severe price competition in the smartphone display business.”

Aquos-brand maker Sharp, which reports its results in mid-May, has struggled to fix its balance sheet and is reportedly in talks with its key lenders for aid, as it eyes the closure of money-losing units.

Last week, Sony cut its loss forecast for the just-ended fiscal year owing to a pick up in sales and falling costs in its home entertainment business.

The company, which reports its latest annual results Thursday, now expects to lose 126 billion yen in the year to March, down from a 170 billion yen forecast in February and an eye-watering 230 billion yen loss estimate last year.