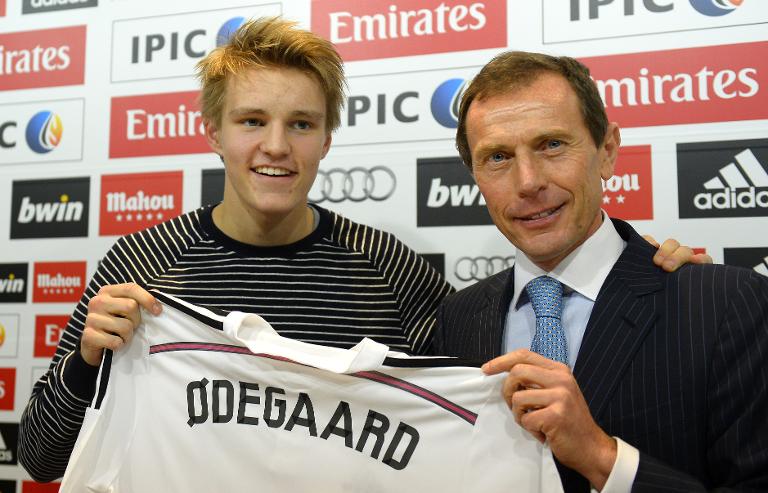 Norwegian teenage sensation Martin Odegaard could make his first appearance for Real Madrid when the European champions host Almeria on Wednesday after being included in Carlo Ancelotti’s squad for the first time.

Madrid beat off stiff competition from around Europe to land the 16-year-old in January, but his time with the first team has since been limited to training sessions, while he has played with the reserve team Real Madrid Castilla in the third tier of Spanish football.

However, with Los Blancos blighted by injuries and suspensions, Ancelotti hinted that Odegaard could get his first run out at the Santiago Bernabeu.

“Tomorrow in the squad there will be three youth team players,” the Italian said on Tuesday.

“Odegaard, (Borja) Mayoral and Diego Llorente. I think two of the three will be on the bench and they could get an opportunity to play.”

Madrid will again be without the injured Gareth Bale, Karim Benzema and Luka Modric, while Dani Carvajal and Sergio Ramos sit out due to suspension.

However, Ancelotti is hopeful that Bale will be fit to face the daunting trip to Sevilla on Saturday, whilst Benzema could return in time for next week’s Champions League semi-final, first leg away to Juventus.

“We still think Bale will be fit (for Sevilla). He is doing work on his own and will do the same tomorrow. If all goes well then he will begin to train with the team again on Thursday.

“It is different for Karim, I think he will start training with the team on Sunday.”

The absence of two of Ancelotti’s preferred front three hasn’t cost Madrid in the past few weeks due to the stunning form of on-loan Manchester United striker Javier Hernandez.

The Mexican has struck four times in as many games, including the crucial winner in the Champions League quarter-final against Atletico Madrid.

And Ancelotti said his professionalism despite having limited playing time until Benzema’s recent injury could lead to a permanent move to the Spanish capital.

“It is a subject that we will evaluate at the end of the season. What I can say is that I have liked his professionalism during the whole year,” Ancelotti added.

“He is enjoying his opportunity a lot, he has a high level of professionalism and for a coach to have these type of players that are always ready is very positive.”