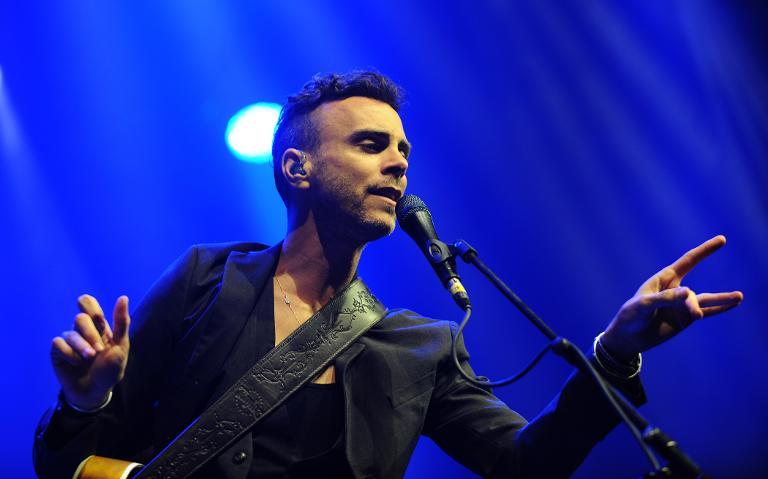 From Palestinian hip-hop to Egyptian electro to Lebanese blues-rock, artists from the Middle East are making inroads into Europe as witnessed at the latest Printemps de Bourges festival in France.

The latest edition of the annual music event in central France features artists from the Middle East as diverse as hard-edged Palestinian rappers DAM to Asaf Avidan, the Israeli folk singer who has won growing acclaim with his unique, high-pitched, androgynous voice.

The artists selected for the festival’s 39th edition, which runs through Wednesday, show the “dazzling and extremely creative scene” in the contemporary Middle East, said Elodie Mermoz, who was involved in programming.

The six-day festival also features plenty of stars from the broader music world including the Australian folk rock duo Angus and Julia Stone, gender-bending singer Christine and the Queens, and French-Finnish indie band The Do.

But with a showcase of eight artists from the Middle East, the festival is hoping to highlight some of the talent of a musical scene that — much like the region’s politics — is fast-moving.

Mermoz said that the rising interest in Middle Eastern artists went hand-in-hand with the eruption of the Arab Spring.

The region-wide revolt “has woken up the youth” and “from the moment they left the streets, they needed another ground for expression and that was music,” she said.

Islam Chipsky, an energetic keyboardist from Egypt who brings an electro dimension to percussion-heavy songs, received an ecstatic response when he performed Friday.

Chipsky, whose trio has also played under the name EEK, had a career performing at weddings in Cairo and debuted in Britain last year.

He played down the significance of the Arab Spring on his music –part of the growing Electro Shaabi genre that combines traditional Arab forms with Western instruments.

“We were always there in the underground scene before the Arab Spring, but maybe for (the festival) you started to look at young people in these countries because of the Arab Spring,” he told AFP.

“Of course we get different exposure right now — not only us but all the art scene in these countries –but that is not exactly that much related to the Arab Spring,” he said.

Chipsky said that the Electro Shaabi genre had initially been written off as “ghetto music” for the poor, but that the appeal has rapidly spread.

“Right now you can’t just ignore the fact that everyone knows about this music in Egypt — if not in the area, in the Middle East,” he said.

Such a marriage between traditional and modern forms is increasingly widespread in the Middle East.

Among other artists who enjoyed a warm reception in Bourges was the Lebanese band Mashrou’ Leila, who bring together rock form with more traditional Arab vocals and violin.

The group has already won a loyal following in the Middle East, despite lyrics that touch on sometimes sensitive topics such as homosexuality, and will tour Europe in the coming months.

But some artists from the Middle East are unconcerned about whether their music represents traditional elements.

Sary Moussa, a Lebanese experimental electronic musician who goes by the stage name RadioKVM, said: “Like plenty of Lebanese, I’m a mix of all the cultures around me, including on television.

“I come up with a synthesis of all of this culture and I don’t necessarily feel a need to be recognisably Arab,” he said.

The same philosophy holds true for another Lebanese act, The Wanton Bishops, whose blues songs in English come off as more from the banks of the Mississippi than the Mediterranean. The band plans an extensive tour of France through July.

Hip-hop has been a force for social commentary since its birth, and the Palestinian rappers DAM won a wide following a decade ago with “Meen Irhabi” (“Who’s the Terrorist?”).

DAM has increasingly found an audience outside the region, with touring in recent years across Europe and North America as well as Japan.

Avidan is not the only Israeli singer at the festival, with the French-Israeli star Yael Naim — who scored a top 10 US hit with “New Soul” — also performing.