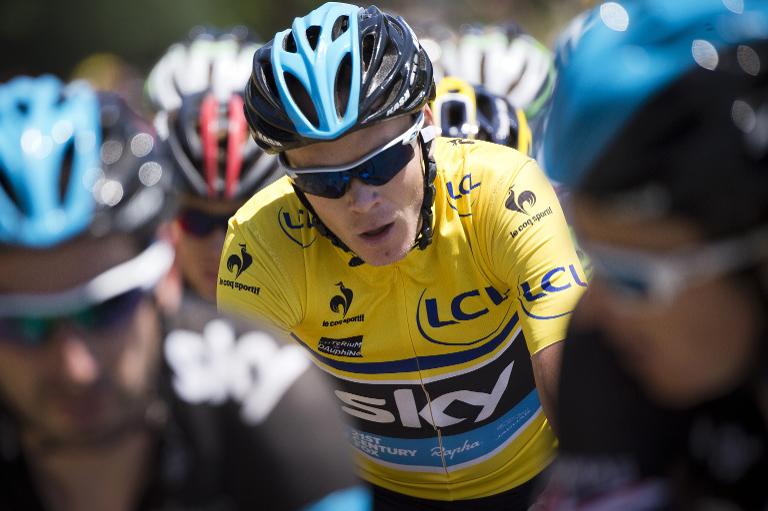 Vincenzo Nibali and Nairo Quintana will be looking to prevent Britain’s Chris Froome from making it three wins in a row at the Tour de Romandie in Switzerland, which begins on Tuesday.

Team Sky star Froome, winner in each of the last two years after his team-mate Bradley Wiggins’s victory in 2012, is hoping victory in the six-stage race will set him up for a crack at the Tour de France, which he previously won in 2013.

However, Astana’s Nibali, the Italian reigning Tour de France champion, in particular appears as a dangerous threat to Froome, who must shake off the effects of a crash late in last week’s Fleche-Wallonne one-day classic in Belgium in time for the opening 19.2-kilometre team time-trial on Tuesday.

Nibali is wary of the threat posed by Quintana and Froome.

“Quintana raced the Ardennes classics in support of (Alejandro) Valverde, but he’s here in Romandie with a fresh team and we know he can be a protagonist in the mountains.

“Froome had some bad luck at Fleche Wallonne with the crashes, so his strength may not be among the top this week – but you know he is a great champion who has won here before, so let’s not say he won’t be any less than last year.”

Sky and the other competing teams will see that stage as something of a rehearsal for the ninth stage of this year’s Tour de France, a 28-kilometre team time-trial in Brittany on July 12.

The decisive stage, and one which could suit Nibali or Quintana, could come on Saturday, when the ride of more than 160 kilometres from Fribourg to Champex-Lac features three climbs and a mountain-top finish.

Quintana lines up after drama back home in Colombia where his parents were robbed of 504.000 pesos ($200) in a hold-up at their shop in a village 200 kilometres from Bogota. Police told AFP they had arrested the suspects, members of a local gang.