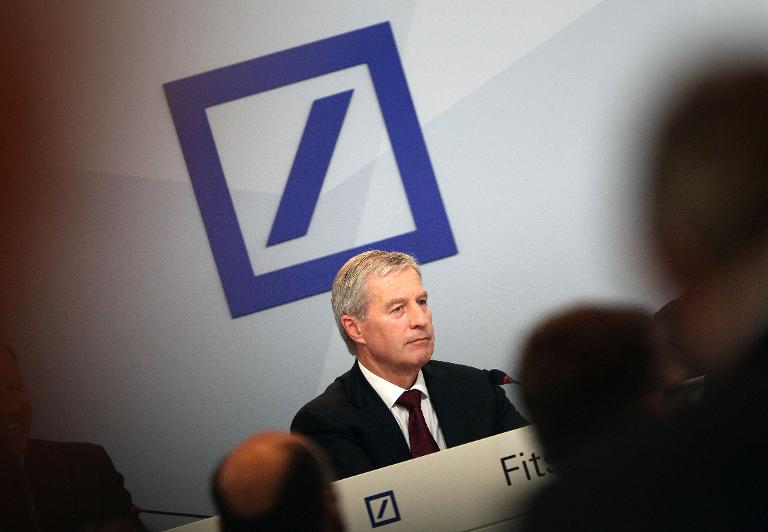 Deutsche Bank co-CEO Juergen Fitschen and four other defendants went on trial on Tuesday accused of giving false testimony in a long-running legal battle with the defunct Kirch media group.

A guilty verdict would deal a deadly blow to Germany’s biggest lender as it struggles to clean up its image in the wake of a long list of legal challenges in recent years, and would leave the defendants facing prison sentences of between one and 10 years.

“Things could get a little uncomfortable,” 66-year-old Fitschen conceded in an interview published last week with the weekly magazine Stern.

“The fatal thing is that some people have decided you’re guilty from the outset. But I was honest,” he said.

Fitschen and four others — ex-chief executives Rolf Breuer and Josef Ackermann and former executives Clemens Boersig and Tessen von Heydebreck — are accused of giving misleading evidence to judges in one of the lawsuits brought by the late media magnate Leo Kirch against the bank.

All five have denied any wrongdoing.

They have assembled a combined team of 17 lawyers to defend them and in the courtroom on Tuesday, the five defendants were seated at three rows of desks.

Kirch, who died aged 84 in 2011, had accused Deutsche Bank of causing the downfall of his media empire in 2002 when the bank’s then chief executive, Breuer, publicly questioned the group’s creditworthiness in a television interview.

Prosecutors accuse Fitschen — who has headed Germany’s biggest bank alongside Anshu Jain since 2012 — and the other defendants of giving false testimony with the aim of having Kirch’s lawsuit dismissed.

Boersig and von Heydebreck, who had acted as witnesses in the Kirch trial, are accused of making unsworn false statements, which carry jail sentences of between three months and five years.

The trial is taking place at the higher regional court in Munich, with at least 16 hearings set to take place before the end of September.

The first hearing on Tuesday began with the reading out of the 107-page charge sheet by public prosecutors, Stephan Necknig and Christiane Serini.

That was followed by two brief responses from the lawyers of both Breuer and Ackermann.

“There was neither a conspiracy between the accused, nor any collusion to give false evidence,” he said.

Besides the potential damage to Deutsche Bank’s image, the bank itself could be fined up to 1.0 million euros if the court decides it participated in the deception.

The bank is currently embroiled in several different legal battles, with the accusations ranging from manipulation of the currency markets, rigging the Libor and Euribor interest rates, to doing business with countries subject to US sanctions such as Iran.

In the first three months of this year alone, the bank was compelled to set aside 1.5 billion euros to cover litigation costs, slicing first-quarter profits in half.

Just last week, Deutsche Bank was fined a record $2.5 billion by US and British authorities for its role in a vast multi-year conspiracy to rig Libor interest rates.

Fitschen and his co-CEO Jain expressed regret for the rigging, but insisted that no current or former member of the management board was found to have known about the misconduct.

Outside Deutsche Bank’s headquarters in Frankfurt on Tuesday, a small group of around 10 protesters gathered to denounce what they see as the bank’s endemic culture of corruption.