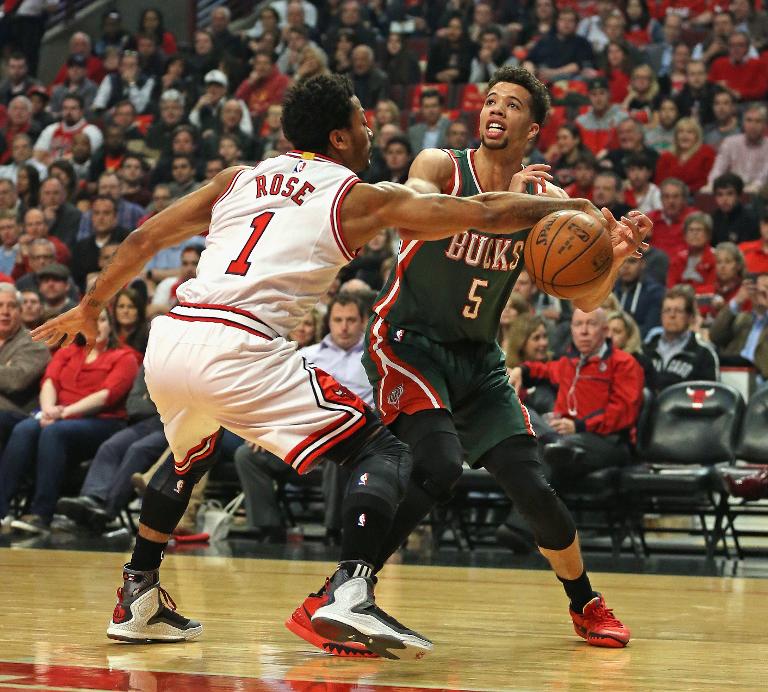 Milwaukee’s Michael Carter-Williams scored eight of his 22 points in the fourth quarter as the Bucks again fended off elimination with a 94-88 NBA playoff win over the Chicago Bulls.

Carter-Williams connected on 10 of 15 shots from the floor, handed out nine assists and grabbed eight rebounds for the Bucks, who narrowed the gap in their best-of-seven Eastern Conference first-round series to three-games-to-two.

The young Bucks team had stayed alive with a game-four victory over the Bulls thanks to a buzzer-beating layup by Jerryd Bayless. Their second straight win over the Bulls was more convincing as Milwaukee led all of the second half.

“(The team) worked their tails off and put themselves in position to make this a series,” Bucks coach Jason Kidd said. “No one had us in this position. We just go out and play basketball.”

The Bulls slashed their turnovers to 13 after 28 in game four, but shot a disappointing 34.4 percent from the floor — connecting on a dismal seven of 30 attempts in the fourth quarter.

The Bucks will now try to even the series when they host game six on Thursday.

They still face an uphill climb. No team has rallied from an 0-3 deficit to win an NBA playoff series.

The Bucks, in the playoffs a season after posting the worst record in the league, weren’t the only team battling the odds on Monday.

In Portland, the Trail Blazers rallied for a 99-92 victory over the Memphis Grizzlies to extend their Western Conference first-round series to a fifth game.

Conley had facial surgery on Monday to repair a broken bone suffered in the third quarter of the Grizzlies’ game three win.

Elsewhere in the East, Brooklyn Nets point guard Deron Williams dazzled with 35 points to lead the eighth seeds to a 120-115 overtime victory over top-seeded Atlanta that knotted their series at two games apiece.

Williams, who totalled only 18 points in the first three games of the series, tied career playoff highs for points and field goals made at 13.

“It feels great to get the win, that’s the most important thing,” Williams said. “This was a team win all the way. We fought and we scrapped. There was never any let up.”

They will try to take the lead in the series when it returns to the Hawks’ home court for game five on Wednesday.