Home Cityscape A ray of hope for Nepal quake victims 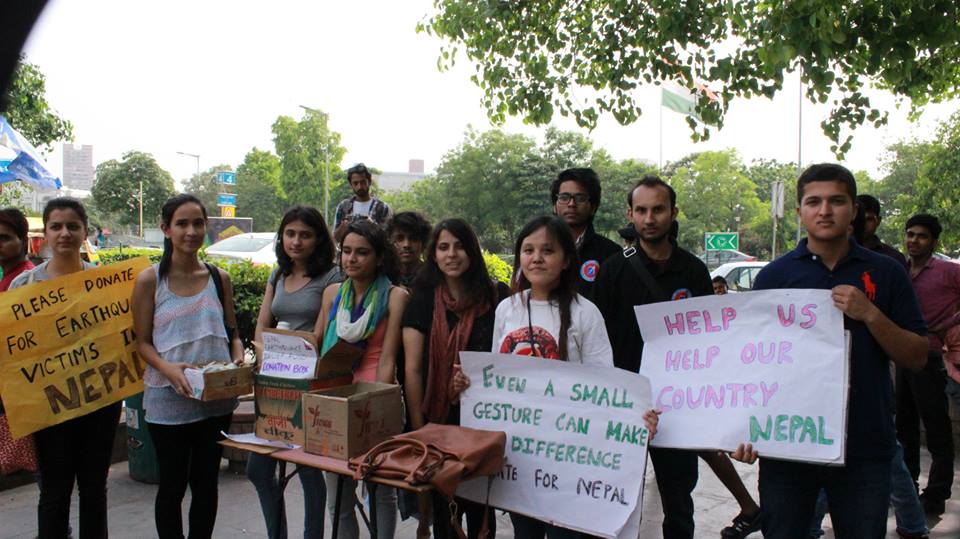 New Delhi: The Nepalese Student Association of Delhi University (NSADU) has done something which has brought a ray of hope in the lives of many Nepal earthquake victims.

NSADU organised a two-day fund raising event on Sunday that witnessed vendors, shopkeepers and even tourists donating whatever they can for the victims of Nepal Earthquake.

The campaign, which started from Delhi University on Sunday, spread across Connaught Place in the national capital on Monday and collected an estimated sum of Rs 3 lakh.

â€œWe wanted to help our nation and this was what we came up with. We informed our fellow members and pitched the idea. All agreed to it and we made it happen,â€ Vice-President, NSADU, Rajdip Mahat, said.

Around 50 students participated in the fund raising campaign. On the first day, they divided into three groups and spread near Kamla Nagar, GTB Nagar and ISH.

â€œWe would like to thank my association for the hard work they have put up. And we are trying to organise such events with other Universities too in Delhi,â€ he added.

As most association members have families stranded in Kathmandu and nearby areas, the association said they are planning to send food packets to Nepal.

â€œBy Godâ€™s grace, our families are safe. But it was sad to hear so many deaths,â€ Sujan said, adding, â€œWhen we started the campaign, we did not expect that the amount would be this much. But we are happy that we collected around 3 lakh.â€

The association members said the fund would be sent to Nepalâ€™s PM relief fund through Nepalese Embassy in Delhi.

Nepal, parts of India and Tibet on Saturday were hit by a devastating earthquake where nearly 5000 people lost their lives and left more than 7000 injured.