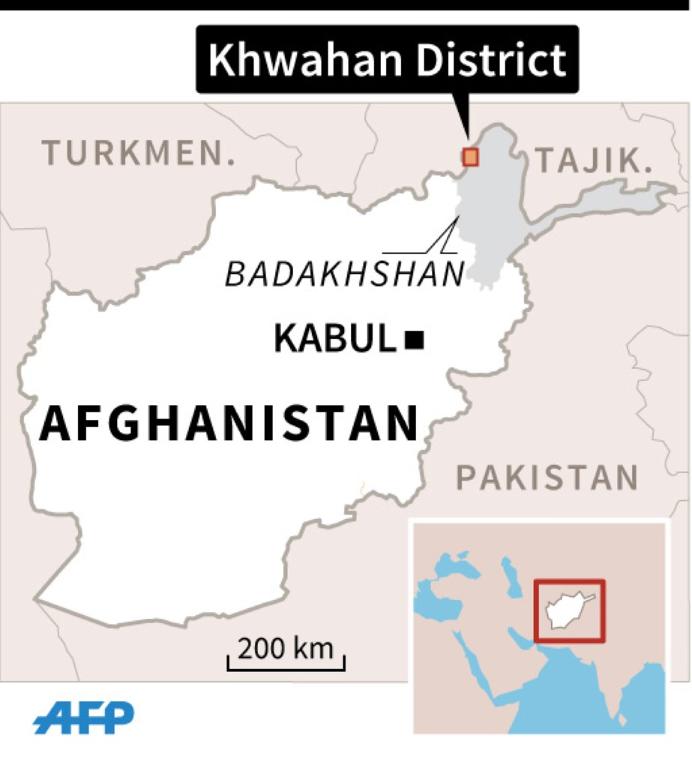 At least 52 people, mostly women and children, are feared dead after a landslide swept through a village in Afghanistan’s remote mountainous northeast Tuesday, the latest natural disaster in the war-torn nation, officials said.

The disaster, which buried dozens of houses in Badakhshan province, comes nearly a year after another landslide triggered by heavy rains killed at least 300 people in the isolated region.

The disasters highlight the challenges facing the underdeveloped nation as it battles a resilient Taliban insurgency in what is expected to be the bloodiest spring-summer fighting season for a decade.

At least 25 women and 22 children were among those missing in the landslide in Jaryo Bala village, said deputy provincial governor Gul Mohammad Beidar.

“We have asked Kabul for help and they have said they are sending two helicopters to assist with the rescue operations,” Beidar told AFP.

“This is a remote area on the border with Tajikistan and the road to this district remains closed for six months of the year,” he added, highlighting the challenges facing the relief effort.

“Initial information shows 100 houses have been destroyed in the landslide and 52 people are missing,” Ahmadzai told AFP.

Afghan President Ashraf Ghani was “deeply saddened” to hear about the landslide which “claimed the lives of a number of our countrymen”, his office said in a statement.

The president, currently on a three-day state visit to India, has instructed disaster management authorities to act swiftly in delivering aid to the victims.

The landslide in May last year buried an entire village, leaving hundreds of families homeless in the Argu district of Badakhshan province which borders Tajikistan, China and Pakistan.

Afghanistan is currently in the grip of fierce battles in various provinces between local security forces and the Taliban, who launched their traditional spring offensive last Friday.

The militants have stepped up attacks on government and foreign targets in recent weeks, inflicting a heavy toll on civilians and Afghan security forces.

This year’s Taliban offensive marks the first fighting season in which Afghan forces will battle the insurgents without the full support of US-led foreign combat troops.

NATO’s combat mission formally ended in December but a small follow-up foreign force has stayed on to train and support local security personnel.