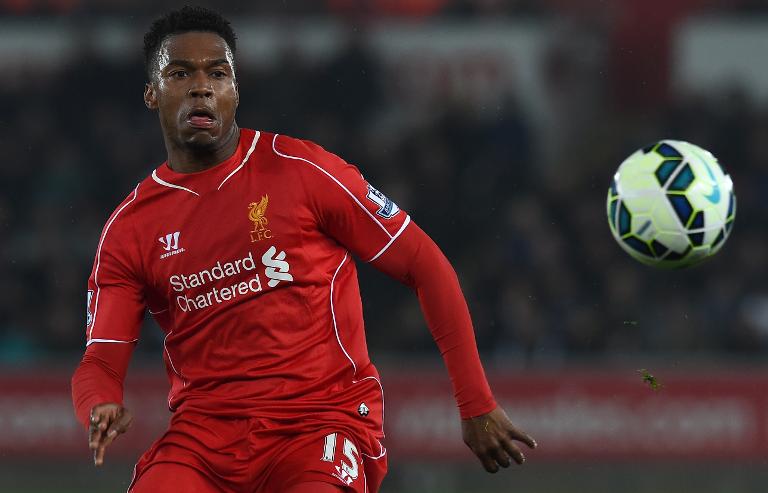 Daniel Sturridge could miss the rest of the Premier League season due to injury, Liverpool manager Brendan Rodgers said Monday.

Sturridge, 25, has been plagued by a variety of fitness problems this season and the England striker has missed Liverpool’s last three matches with a hip problem that is set to see him left out of the Reds’ squad for their Premier League match away to Hull on Tuesday.

“We’ll see if he’s going to be back this season or pre-season,” Rodgers told a news conference on Monday.

“It has been difficult for Daniel,” Rodgers said. “He’s a good lad who wants to play and be working and helping the team. It’s just been one of those seasons for him where it has been very unfortunate.

“We are going to have to monitor that day by day and see where he’s at,” the Northern Irishman added.

“When he’s been fit he’s been brilliant for the team. We need to get to get him back fit for and consistently playing. But we will see if that’s going to be this season or the pre-season.”

Sturridge was sidelined for five months earlier this season with thigh and calf injuries.

It’s all a far cry from last term when the former Chelsea forward’s 24 goals took Liverpool to within sight of their first English title since 1990 only for them to fall agonisingly short as they finished runners-up to Manchester City.

This season, Liverpool’s remaining strikers have failed to fill the goal gap left by Sturridge’s repeated absence and the departure of star forward Luis Suarez to Spanish giants Barcelona.

Mario Balotelli, Rickie Lambert and Fabio Borini have all been found wanting, with Rodgers set to enter the transfer market after the end of this season in a bid to bolster his attack.

“We have already got a top-class striker in young Daniel, who is an outstanding player if we have him fit. But he also needs help as well,” Rodgers said.

“If you look at the numbers in terms of where we are at, after 33 (Premier League) games we have 47 goals.

“At the same point last year, after 33, we had 90. You are nearly talking about a 100 percent deficit in terms of goals.

“So that is something that is clear. Defensively we have been strong, despite what people want to write or say. Those areas have been addressed but obviously the critical area, which was the case when I came here, is about goalscoring. That is something we need to improve.”

Liverpool were held to a goalless league draw away to West Browmich Albion on Saturday but they had reason to thank Everton after their Merseyside neighbours beat fourth-placed Manchester United 3-0 at Goodison Park.

Rodgers’s side, currently fifth in the Premier League table, still have a chance of finishing in the top four and qualifying for next season’s Champions League as they are seven points behind United with a game in hand.

“It will be a tough game away at Hull, they had a good result (winning 2-0 away to Crystal Palace) at the weekend,” said Rodgers.

“But for us the idea is to go in and see if we can get the victory and keep putting as much pressure as we possibly can on the teams above.

“We can only focus on ourselves but we saw last year lots of changes can take place in the last five games or so. We just have to be prepared to give everything to finish as high as we can.”