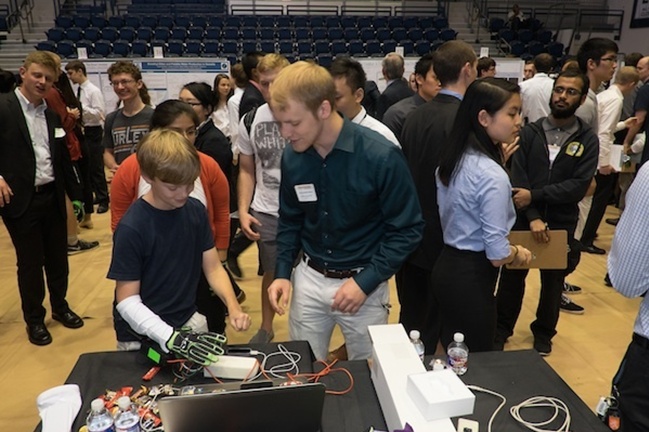 Washington: Forget vibrating joysticks on your Xbox, Rice University engineers have invented a glove that allow gamers to actually feel the objects they touch in the virtual world.

The â€˜Hands Omniâ€™ glove provides a way for gamers and others to feel the environments they inhabit through the likes of three-dimensional heads-ups displays.

The prototype glove, developed with Houston sponsor Virtuix and introduced at the George R Brown School of Engineering Design Showcase, is intended to provide next-generation force feedback to the fingertips as players touch, press or grip objects in the virtual world.

The proprietary system uses a network of small inflatable air bladders in the glove to deliver the pressure to the fingertips. The glove is wireless and lightweight, about 350 grams, and designed to be as unobtrusive as possible.

“What we’ve made is a glove that uses air to inflate bladders underneath your fingers, so you can hook this up to a video game and when you reach out and grab a virtual object, it feels like you’re actually grabbing that object,” said mechanical engineering student Thor Walker.

The fingers feel pressure from bladders in the glove’s fingertips that expand and contract as necessary.

The team’s agreement with its sponsor means the glove’s underlying technology must remain under wraps, but they said programmers should find it fairly simple to implement the glove’s protocols into their games and other projects.Â