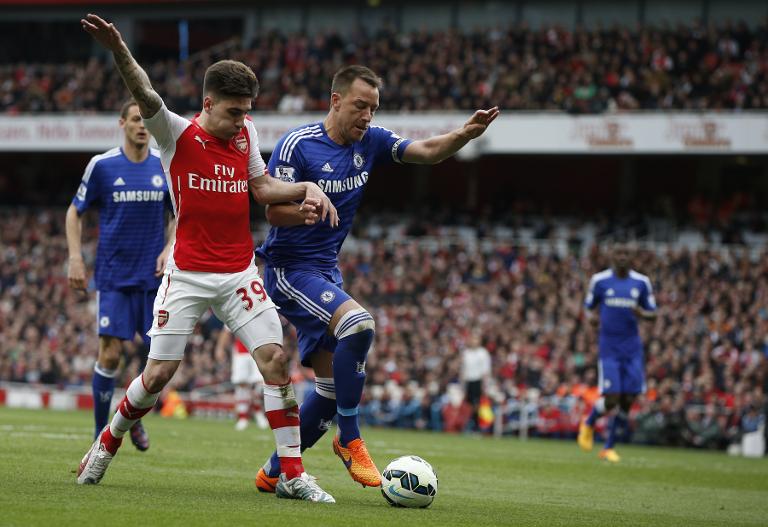 Jose Mourinho has launched a fierce defence of his Chelsea side and rejected any suggestion the champions-elect of England are boring to watch.

Sundayâ€™s scoreless draw with Arsenal was greeted with chants of “boring, boring Chelsea” from home fans at the Emirates Stadium, although the point gained took the Blues closer to claiming the Premier League title.

The taunts came after fresh scrutiny on Chelseaâ€™s style of play following a run of narrow wins that have helped them establish a 10-point lead at the top of the table.

But Chelsea manager Mourinho said Monday it was ridiculous to suggest his side lacked flair, pointing to a tally of 65 goals in 33 league games so far this season — a total bettered only by second-placed defending champions Manchester City, who have scored 70 goals in 34 games â€“- as proof of the Blues’ attacking instincts.

“If we are boring, and if the number of goals is what decides if a team is good or bad, boring or not, then we have in the Premier League 18 teams who are more boring than us,” Mourinho told reporters during a press conference at Chelsea’s Cobham training ground, south-west of London.

“In this criteria, only Manchester City are a team with more quality than us, if football is about just the number of goals you score,” he said.

Chelsea captain John Terry reacted to the Arsenal draw by saying “possession and tippy-tappy football’s great”, but it takes more than that to win the league.

Mourinho echoed his skipper’s views on Monday, adding: “Sometimes I ask myself about the future, and maybe the future of football is a beautiful, green grass carpet without goals.

“In that beautiful grass pitch, the team with more ball possession wins the game.

“Maybe putting the ball in the net is not the objective, and stopping the goal from going in your own goal also doesn’t matter.”

Warming to his theme, Mourinho said: “Football started a few centuries ago and the objective was one thing. Now it looks like the objective is another one.

“I’m very simple with my analysis. Football is about putting the ball in your opponents’ net, and keeping it out of your own.”

Chelsea need two victories to be crowned champions and they can take the next step towards the title when they travel to face Leicester on Wednesday.

Mourinho confirmed striker Diego Costa remained doubtful but said Oscar will travel with the squad after the Brazilian was taken to hospital with suspected concussion midway through the Arsenal game.

The manager, meanwhile, endorsed Chelsea playmaker Eden Hazardâ€™s success in being named player of the year by England’s Professional Footballers’ Association on Sunday.

“It is nice and he deserves it. I am happy for him and every player that helped him to achieve the level he is achieving,” Mourinho said.

Six Chelsea players — Terry, Branislav Ivanovic, Gary Cahill, Nemanja Matic, Hazard and Costa — were included in the PFA’s team of the year and Mourinho believes they should have been joined by Cesc Fabregas.

“Just as an example, the season Cesc Fabregas is doing, the number of assists and quality of his game. For him not to be there is a bit strange.

“And I think that team wouldn’t win the Premier League. Because it’s a team without any balance.