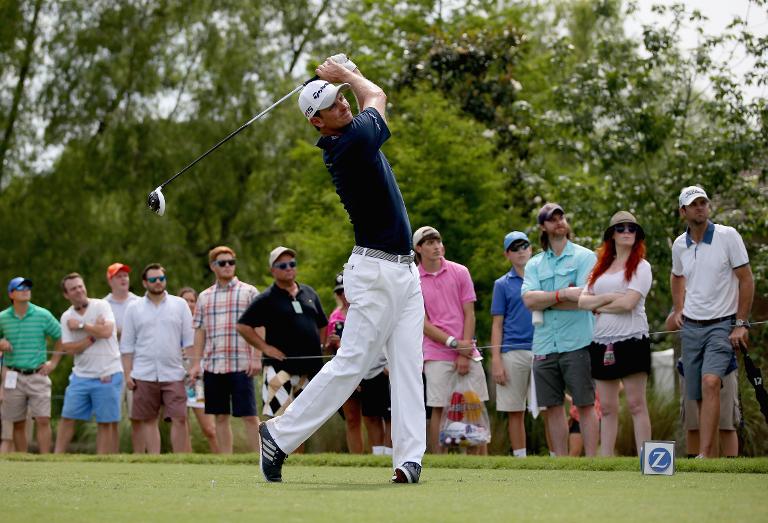 Justin Rose capped a marathon with back-to-back birdies at the last two holes to clinch the US PGA Tour’s Zurich Classic by one stroke in a thrilling finale.

Rose had six birdies in his six-under 66 in the final round of the New Orleans tournament — which was beset by weather delays — and Sunday’s victory represents a satisfying follow-up to the Englishman’s share of second behind Jordan Spieth at the recent Masters.

His 22-under-par total 266 gave him a seventh US tour title, by one stroke from American Cameron Tringale.

Tringale could have forced a playoff with an eagle at the final hole, but settled for a birdie that gave him a seven-under 65 and sole possession of second place on 267.

Boo Weekley also closed with a 65 on the rain-softened TPC Louisiana course to grab third place on 268. Jim Herman (65) and Australian Jason Day (69) shared fourth on 269.

Day and Rose had gone into the final round tied for the lead at 16 under after finishing their third rounds on Sunday morning.

Rain and thunderstorms had halted play every day, including a five-hour, 43-minute interruption on Saturday.

“All week, I just tried to stay patient,” Rose said. “I missed a couple short ones at 11 and 12, but then it was important to hit that wedge shot really tight at 13. If I didn’t birdie 13, I would have really felt like I was leaking some oil. That was important for some momentum and then to make those last two putts on the last two greens made up for everything.”

Shortly after Rose made his birdie at 18, Tringale missed an eight-foot birdie attempt at 16.

At 18 Tringale’s second shot barely cleared the water short of the green, stopping in the fairway.

His eagle chip was close, but he could only tap in for birdie.

“It was a great week for me. I missed the cut last week, went home regrouped, worked on a few things just to tighten up my game and came out and had a great week,” he said. “To just be one back when all is said and done is obviously disappointing, but it’s a great week.”

Day had five birdies and one bogey in his third-round 68, while Rose had climbed up the leaderboard with a bogey-free 65 in the third round.

Rose finished with a flourish, rolling in a 10-footer at the 71st hole and a 13-footer at the last, and has now won at least one US PGA Tour title in six straight seasons.

That streak is second only to Dustin Johnson’s eight straight seasons with a title among current players.