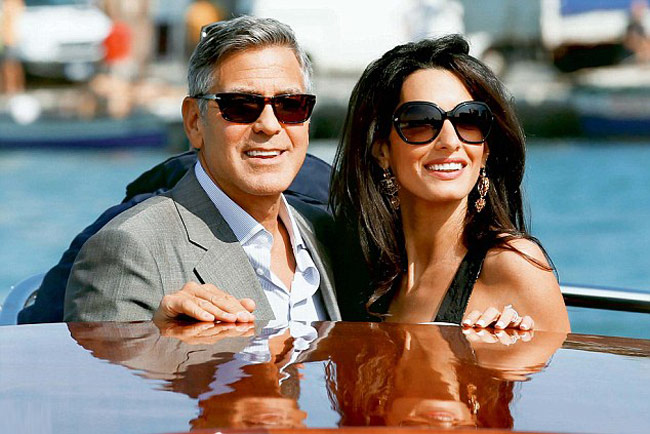 George Clooney has joined the ranks of Britainâ€™s super-rich for the first time – thanks to his marriage to human rights lawyer Amal Alamuddin.

Power couple George Clooney and Amal Alamuddin has been ranked at number 790 out of the 1,000 wealthiest people in Britain and Ireland.

The duo is worth a joint 121 million pounds, out of which 120 million pounds are George’s alone. The actor has been ranked for the first time.

The Hollywood heartthrob is believed to have been listed due to his constant box office hits especially Gravity which got him 13million pounds.

The combined wealth of the 1,000 richest men and women in Britain has more than doubled in the last ten years, according to theÂ SundayÂ Times Rich List.

Other celebrities on the list include David and Victoria Beckham, as their joint wealth increases to 240 million pounds.