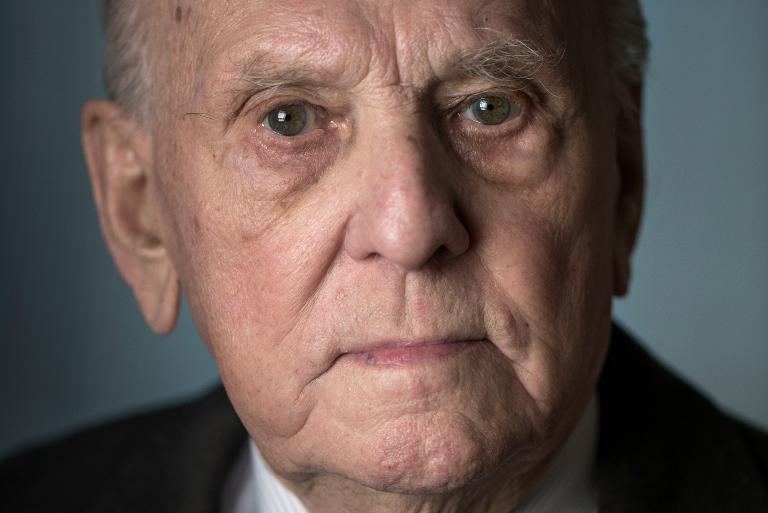 The retired engineering teacher died Sunday in the southern city of Krakow, according to the Polish press agency PAP.

Tattooed as prisoner 121, Paczynski was among the first 700 Polish prisoners of war that the Nazis shipped to Auschwitz in June 1940. He was assigned to the hairdresser’s unit soon after arrival.

“There were eight or 10 professional hairdressers from Warsaw and Hoess ordered that an apprentice like me cut his hair,” Paczynski told AFP at this year’s ceremonies marking 70 years since the Soviet Red Army liberated Auschwitz near the end of World War II.

“My hands were shaking. But an order is an order. I had to do my job.

“The cut was simple, the standard German style: you had to shave the neck with a razor and then use clippers on the sideburns. I had good tools and my colleagues kept my razor sharp.”

One question he got a lot was whether he had ever contemplated taking the razor to Hoess’s throat.

“I was aware of the consequences, I wasn’t crazy. If I had slit his throat, half the camp’s prisoners would have been immediately executed.”

Hoess was sentenced to death and hanged in 1947 at the site of the former death camp, which Nazi Germany set up in the southern city of Oswiecim after occupying Poland.

More than 1.1 million people, including one million European Jews, died at Auschwitz.

“Can we forget all these murders, can we forgive them? I’ll never be able to forget all those women and children taken straight to the gas chambers,” Paczynski told AFP.

But he added: “I’m glad there was reconciliation, that there’s peace and the borders are gone.”