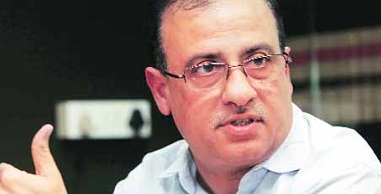 Mehta replacesÂ Sitaram KunteÂ (batch of 1985), whose term as the BMCÂ chief was due to end on April 30. He was transferred as Principal Secretary of Environment Department, a position held by Mehta until Sunday.

The chief minister took the decision before leaving for a visit to Israel on Sunday evening.Â

Kunte’s transfer to the state environment department comes amid public and political uproar over glaring errors in the draft Development Plan (DP) for Mumbai, and a proposal in the document for converting parts of Aarey Colony into a business hub. The BJP, which controls the BMC with the Shiv Sena, and opposition parties had been pressing for Kunte’s removal over the DP debacle.Â

Mehta is an IAS officer of the 1984 batch. In the 1990s, he was the joint municipal commissioner in the BMC.Â He has also served as Collector of Ahmednagar District and Municipal Commissioner of Nashik.