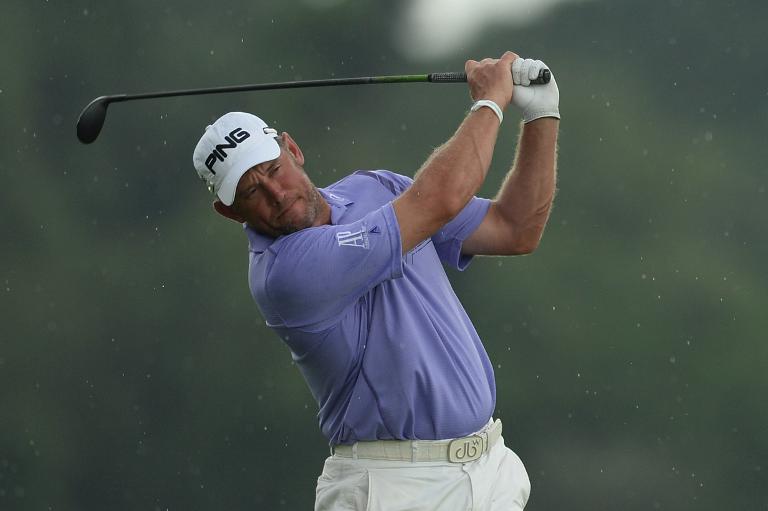 Lee Westwood battled back from a late putting collapse in the final round to win his third Indonesian Masters title Sunday in a dramatic sudden-death playoff with Thailand’s Chapchai Nirat.

The English former world number one holed a six-foot birdie putt at the first extra hole to defeat the Thai and continue his love affair with golf in Asia.

Westwood’s only two wins in 2014 came at the Thailand Golf Championship, in December, and the Malaysian Open last April. And his first triumph of 2015, at the Royale Jakarta Golf Club completed a hat-trick of Indonesian Masters titles after his successes in 2011 and 2012 on the same course.

“Winning never gets any easier,” Westwood said after receiving the winner’s trophy. “Nice to come here three times and win three times. It’s a lovely hat-trick to have.”

World number 33 Westwood had been five shots clear at the start of play on eight-under par after the round of the week, a seven-under 65, on Saturday.

And he still held a three-stroke cushion over Chapchai by the time he reached the 16th tee.

However, he failed to find the putting surface in regulation on either of the next two holes, and consecutive tentative short putts slid by as he bogeyed both to fall back to seven-under.

Meanwhile Chapchai was holing from 15 feet for birdie at the par-five 18th to complete a back nine of 32, a card of six-under 66, and set the clubhouse total at seven-under par 281 for the week.

Westwood now needed a birdie up the long 18th to win and when his drive found the rough it looked odds-on there would be a playoff.

Westwood had a reasonable lie and with 247 yards to the flag hit a hybrid club on a perfect line to the front fringe, from where his 25-foot putt across the slope left a six-footer for the championship.

For the third green in a row a nervy putt agonisingly rolled past the lip to give Westwood a closing round of one-over 73 and force the duo back up the 18th, where Westwood finally holed what was virtually an identical putt to get across the winning line.

“I hit three terrible putts on the last three greens,” admitted a relieved Westwood. “Luckily I had a great read on the 18th green for the one in the playoff.”

Kalem Richardson of Australia was third on six-under 282 after a fine final round of five-under par 67 that included seven birdies.