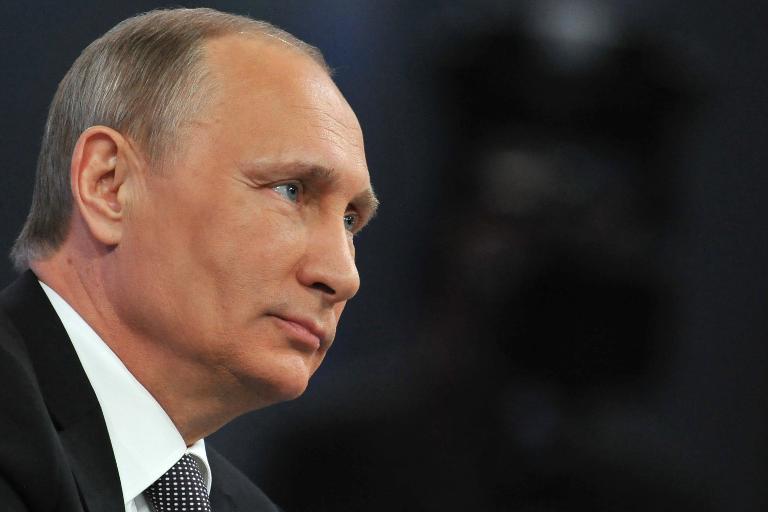 Russian President Vladimir Putin said in an interview broadcast Sunday that he had no regrets over Moscow’s 2014 annexation of Crimea and that it was righting a historical injustice.

“I think we did the right thing and I don’t regret a thing,” Putin said of his decision to take back the Black Sea peninsula from Ukraine, interviewed in a state television documentary.

“When we defend our (interests), we go to the end,” Putin said.

“If people want to return to Russia and don’t want to be under the authority of neo-nazis, extreme nationalists and followers of (Stepan) Bandera, then we don’t have the right to abandon them,” Putin said.

Bandera was the hugely controversial anti-Soviet wartime leader of the Ukrainian Insurgent Army (UPA), which both fought against and collaborated with occupying Nazi forces.

Explaining the motivation behind Crimea’s takeover, Putin said it was righting a historic wrong after Soviet leader Nikita Khrushchev transferred the peninsula from Russia to Ukraine in 1954, then only a symbolic move since both were in the USSR.

“It’s not because we want to bite something off, tear it off. And not even because Crimea has a strategic significance in the region around the Black Sea,” Putin said.

“It’s because it’s an element of historical justice.”

He insisted that Russia is not breaching international law in its actions in Ukraine,despite Western sanctions, as Moscow denies international accusations that it is backing pro-Russian separatists with arms and troops in east Ukraine.

“I’m deeply convinced we’re not breaking any rules of the game. That concerns our relations with Ukraine (and) the situation in Crimea,” Putin said, citing international law and the United Nations charter.