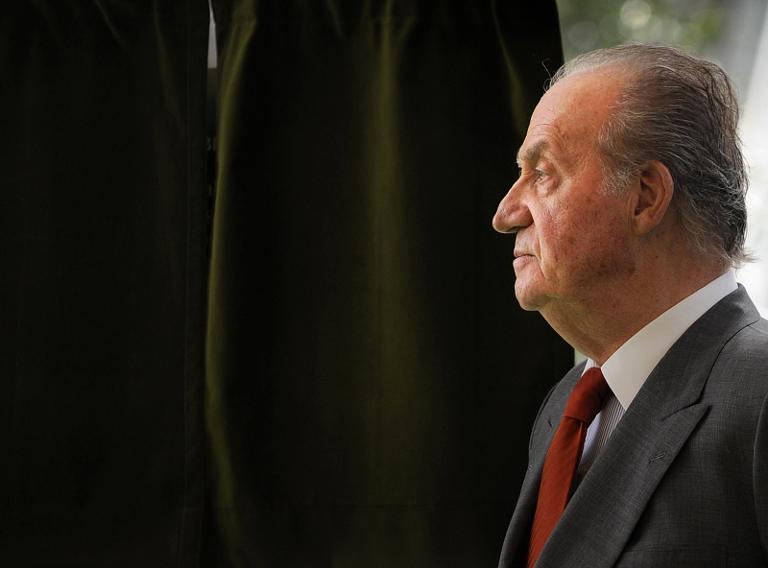 A new tell-all book that details what led to Spanish king Juan Carlos giving up the throne would never have been published just a few years ago in a Spain still deferential to the royal family, experts said.

The volume spares no details on Carlos’s 10-year relationship with a German mistress, an infamous elephant hunting debacle and Princess Cristina’s upcoming trial in one of Spain’s longest-running corruption scandals.

“It’s not the king who has changed, it’s self-censorship that has changed,” said celebrity journalist Antonio Montero.

“Before people knew things and didn’t reveal them, but now they are coming out,” he added.

“Final de Partida” or “End Game”, which debuted Tuesday and nearly sold out its 25,000 copies in 24 hours, comes less than a year after Juan Carlos stepped down in June 2014.

The 77-year-old royal had been off limits to critical reports because of his role in guiding Spain’s transition to democracy following the death of longtime dictator General Francisco Franco in 1975.

Juan Carlos became a symbol of stability in the country’s young democracy.

“End Game” author Ana Romero instead shows a physically weakened sovereign, whose three children do not visit, “sitting on an empty couch in front of the TV”.

Romero believes the acceptance of a tougher depiction of Juan Carlos stems from the influence of a more critical foreign press, which became accessible with the Internet’s spread as well as the boom of social media and a string of royal scandals.

There was the 2012 photo of Juan Carlos posing with an elephant he killed on safari in Botswana at a time when Spain was grappling with record unemployment and risked needing an international bailout.

The ex-king’s mistress Corinna zu Sayn-Wittgenstein, who is 27 years his junior, was among those who accompanied him on the pricey trip.

Juan Carlos thought of divorcing his wife queen Sofia with whom “he had not been living for years,” the book claims, though members of his entourage discouraged him from doing so.

The royal family declined to comment on the book.

In the 424-page volume, readers also get details of the scandal involving Corinna, 50, and her 46-year-old husband, former Olympic handball player Inaki Urdangarin.

They are facing trial in connection with the alleged embezzlement of about six million euros ($6.5 million) in Spanish public funds.

Romero, former royal correspondent for the El Mundo daily, describes the actual endgame of Juan Carlos’s rule as a months-long push from some of his closest advisors worried about the damage he was doing by staying in power.

Romero implied that she had felt pressure over the content of the book, but she said it was natural for people to be nervous about its impact. Democracy in Spain is still a work on progress, she said.

“We are still maturing and it is logical that certain people worry about what this book can reveal,” she added.

While Juan Carlos is now fair game in the Spanish media, not all the taboos around tough reporting on the Spanish royals have fallen.

For Romero, another area still in need of illumination is the source of the royal family’s fortune, for which there is no official data.

“We must investigate,” she said.