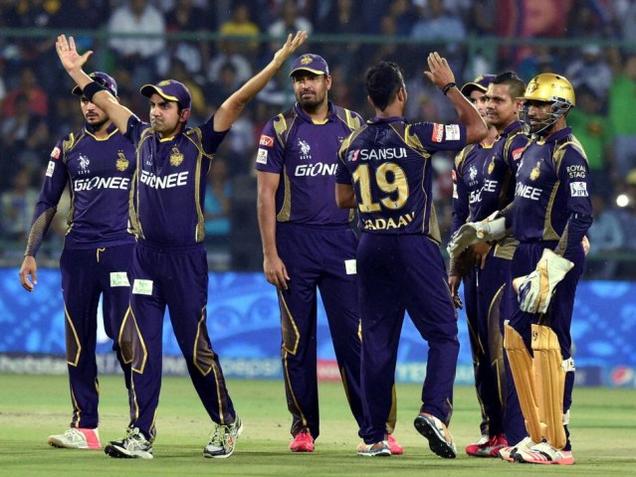 Kolkata: Defending champions Kolkata Knight Riders will be in a tight corner without their ‘mystery spinner’ Sunil Narine, who has been reported for chucking, as they gear up to face Rajasthan Royals in an IPL Cricket tournament match at Eden Gardens in Kolkata on Sunday.

Narine, whose action has yet again come under scanner, will undergo corrective measures at the ICC and BCCI accredited testing facility SRASSC in Chennai and won’t be available for the Royals game.

However Narine’s absence could prove to be a psychological blow for the Knights, having lost to Sunrisers in their last match via D/L Method.

The Royals will also be keen to return to winning ways after as they have now lost back to back matches after five successive victories.

In case of Narine, he is eligible to bowl in forthcoming matches and but it’s highly unlikely that KKR thinktank, which has stood firm by the Trinidad and Tobago off-spinner will risk a bowler in Sunday’s match.

Termed an asset who’s been hard to replace by his skipper Gambhir, Narine’s recruit had seen them winning the title twice in 2012 and 2014 as he’s picked 67 wickets in three IPL seasons during which he played in 52 matches. 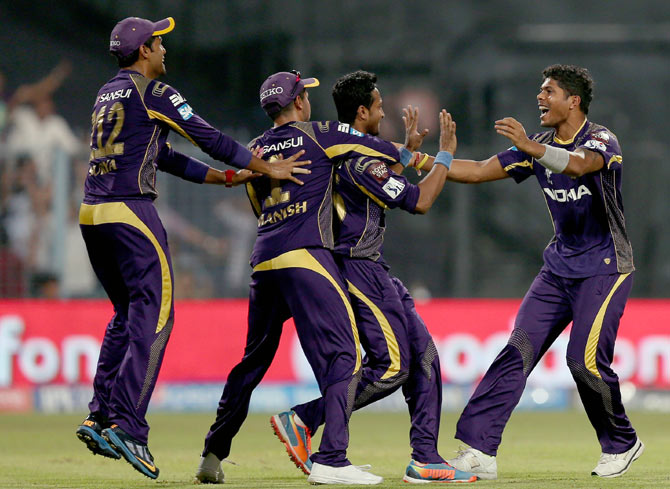 Having remodelled his action and after being tested twice, once in UK and then in Chennai before the IPL, Narine has looked very ordinary in all the five KKR’s outings.

He has bowled his full quota (four overs) in every match, but has only picked two wickets with an economy rate of 7.35 against a career rate of 5.92 in the IPL.

The likes of David Warner and Shikhar Dhawan punished the Trinidad offspinner as he leaked 38 runs without any wicket agaisnt SRH in the last outing.

More than the chemistry in their bowling unit, KKR face the biggest mental hurdle as they hit the home stretch after a 15-day gap owing to the civic polls in the state.

KKR in fact have their plan B ready with the likes of Johan Botha, Brad Hogg along with the rookie mystery spinner KC Cariappa, chinaman bowler Kuldeep Yadav besides the tried and tested duo of Piyush Chawla and Yusuf Pathan.

Beginning with RR, KKR will go on to complete all their remaining five home outings by May 9, as they would look to secure maximum to ensure a berth in the playoffs that begin May 19.

Gambhir and Co love chasing but their plan backfired in their last match with D-L method denying them a third straight away victory.

In batting, KKR have been relying heavily on skipper Gautam Gambhir who has three half-centuries, as the likes of Robin Uthappa, the last season’s top run-getter, Manish Pandey and Suryakumar Yadav are yet to convert their starts.

Pathan Senior also has been a regular feature for KKR in past four years with very little to show for his efforts apart from one odd innings here and there.