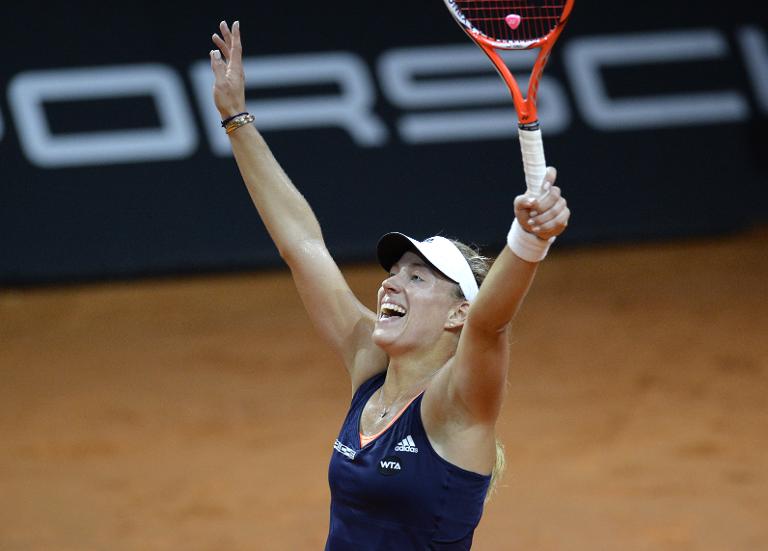 Germany’s Angelique Kerber extended her winning streak to 11 matches with a three-sets win over Caroline Wozniacki to win the Stuttgart claycourt title on Sunday.

Having knocked out three-time champion Maria Sharapova in the second round, Kerber recovered from losing the final’s first set to earn a 3-6, 6-1, 7-5 victory over former world number one Wozniacki.

“I fought hard until the end and drained all my reserves of energy,” beamed Bremen-born Kerber.

“I am mega-proud to have won here in front of a home crowd.”

Since winning the Charleston tournament a fortnight ago, Kerber carried her impressive recent form onto Stuttgart’s clay courts.

Her win over Sharapova was the first time the Russian had tasted defeat in Stuttgart in her fourth appearance at the German venue.

The first set of Sunday’s final was all Wozniacki, who broke Kerber in the fourth game then held her serve to take a 4-1 lead before the set was eventually served out.

The German rallied to control the second, blasting her way out to a 3-0 lead before breaking the former world number one in the sixth game for a 5-1 lead to serve out the set.

Both players traded breaks in the third before Wozniacki looked to be heading for her second tournament victory of 2015 at 5-3.

But Kerber made her shots count and with the Dane under immense pressure on the base line, Wozniacki was broken in the ninth and 11th games to give the German victory in just over two hours.