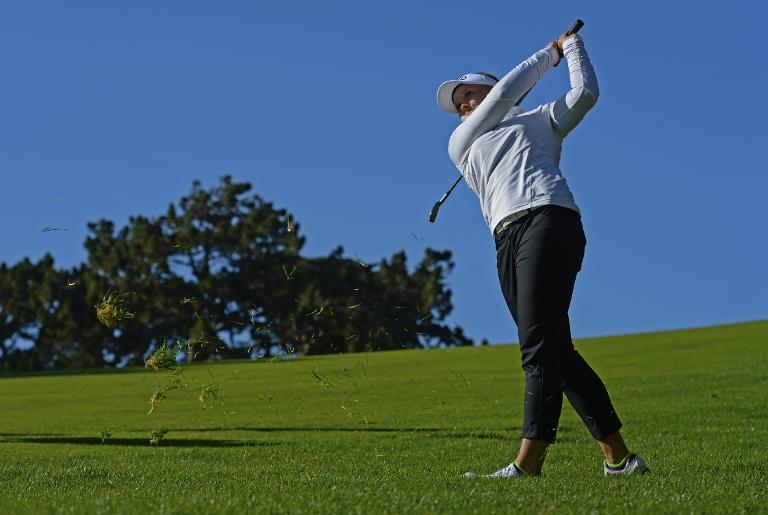 Canadian teenager Brooke Henderson clung to a one-shot lead in the Swinging Skirts LPGA Classic after an even-par 72 in the third round.

Henderson, who had seized the lead on Friday with a sizzling 65, had a 54-hole total of nine-under par 207 and a one-stroke lead over American Morgan Pressel and South Korea’s Kwak Min-Seo.

They were two strokes in front of world number one Lydia Ko of New Zealand, the first-round leader who posted a one-under 71 for 210.

Henderson, a 17-year-old seeking her first tour win after turning pro this year, stretched her lead to as many as five strokes, but faltered down the stretch.

Leading by three with four to play, she closed with back-to-back bogeys to see her lead dwindle to one heading into the final round.

“It was a great day out there. It was really tough conditions and I was able to play really well,” Henderson said. “Couple of times my short game needed to bail me out, and it was able to do that, especially the first 16 holes.

“The last two, unfortunately I dropped two shots. Overall it was a great day and I’m really happy to be where I am.”

Pressel surged up the leaderboard with a round that included six birdies — four of them on her last six holes.

“I wouldn’t say it was the absolute very best I could’ve played, but I certainly kept control of the golf ball in the wind,” said Pressel, whose two LPGA tour wins include a major title at the 2007 Kraft Nabisco Championship. “It was a completely different golf course today. It was very interesting with all the rain overnight.”

Kwak’s round included four bogeys, five birdies and an eagle at the par-five ninth, where she holed out from the fairway.