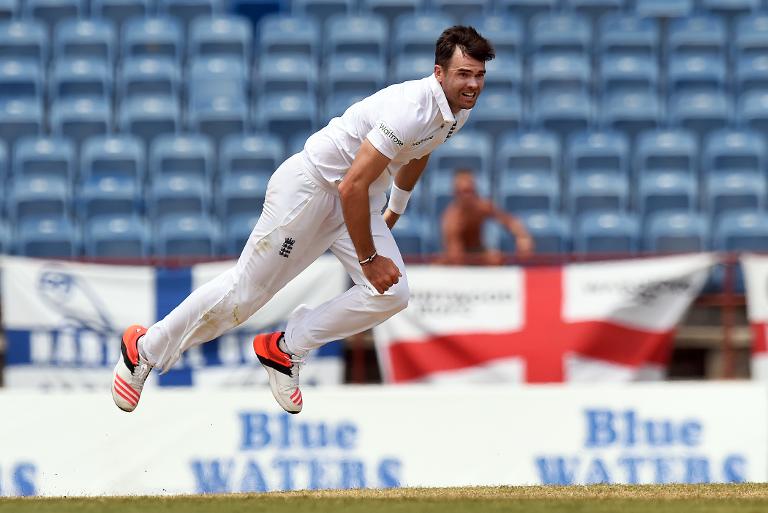 England ended a wait of two-and-a-half years and 10 matches for Test success away from home with a nine-wicket win over the West Indies in the second Test on Saturday.

Set a modest target of 143 after the home side folded for 307 in their second innings just after lunch, Gary Ballance (81 not out) and skipper Alastair Cook (59 not out) eased to the target with an unbroken 142-run second-wicket partnership after Jonathan Trott fell without scoring to Shannon Gabriel.

This first away win since a series-clinching seven-wicket triumph over India in Kolkata in December, 2012 means that England have retained the Wisden Trophy -â€“ the symbol of supremacy in Test series between the two nations since 1963 â€“- going into the final Test in Barbados starting next Friday.

“To get a win on this surface, to get 20 wickets to win the Test was a great effort,” said Cook.

“That second new ball this morning was really crucial. Once we got that one wicket we felt it would be testing for the West Indies the way our bowlers were coming in with real intensity.”

James Anderson starred with the ball and in the field at Grenada’s National Stadium on Saturday.

His countryâ€™s leading wicket-taker in Tests, Anderson made full use of the second new ball in the morning session, removing Brathwaite for 116 with a sharp lifter that was fended to man of the match Joe Root at gully.

He then added the other key wickets of Shivnarine Chanderpaul, via an excellent reflex-action take by Cook at first slip on the rebound from second slip fielder Ian Bell, and Marlon Samuels to finish with the excellent figures of four for 43 off 22 overs.

He also held two catches at mid-off and ran out Jason Holder, the man whose maiden first-class century denied England victory in the first Test in Antigua a week earlier, with a direct hit of the stumps at the non-strikerâ€™s end.

That dismissal effectively ended any realistic chance the West Indies had of saving the match and it was left to off-spinning all-rounder Moeen Ali to finish off the innings by taking the last three wickets.

There was one ray of hope for the Caribbean side when England started their run-chase as Trott played on to Gabriel.

However, Cook and Ballance hardly appeared troubled against a West Indies team fast running out of enthusiasm on another afternoon of blistering sunshine.

â€œWe fought hard for four days but that one session this morning when we lost six wickets cost us the Test match,” said a dejected West Indies captain Denesh Ramdin.

â€œI donâ€™t why this keeps happening because we should be taking the initiative when weâ€™re in a good position to win or draw the match.”

Injury was added to insult for the hosts when Holder had to be stretchered off the field in the midst of his second over after turning over his left ankle badly at the point of delivery.

The manner in which he was grimacing in pain throughout the experience now raises questions about his chances of being fit for the third and final Test starting in his native Barbados next Friday.

Ironically, the delivery that left him crumpled in a heap on the pitch was pulled by Ballance through the hands of Samuels at square-leg.

Another moment of luck for the Zimbabwean-born left-hander came just before the tea interval when Devon Smith failed to hold on to a sharp chance at slip off Samuels.

Ballance became the third-fastest England batsman to 1,000 runs in Test cricket as the target got closer, and also enjoyed another reprieve via the embarrassed local hero Smith at second slip off Samuels once again.