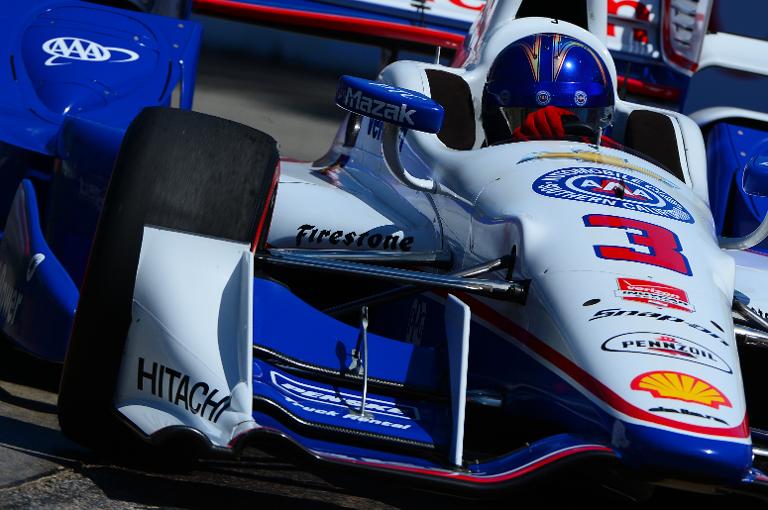 His time stood up as the decisive fast six final stage of qualifying was called off with less than two minutes remaining because of lightning.

Castroneves’s pole position, on a track where he won in 2010, comes a week after he set a course record in claiming pole at Long Beach — where he eventually finished runner-up to New Zealand’s Scott Dixon.

“It’s all about team effort,” said Castroneves, who came into the weekend trailing leader Juan Pablo Montoya of Colombia by three points in the series standings.

“For us, every practice is qualifying. That help us to push ourselves to be in this position. It’s not about because we have success here. I think it’s part of it, but it’s in the equipment. At the end of the day it’s a team effort.”

Reigning IndyCar champion Will Power of Australia was second-quickest in the fast six with a time of 1:07.3833 to nab the second spot on the grid.

Power’s time of 1:06.8050 in an earlier round of qualifying was the fastest of the day.

Josef Newgarden of CFH Racing and Ganassi’s Tony Kanaan of Brazil will share the third row of the grid with the fifth- and sixth-fastest times.