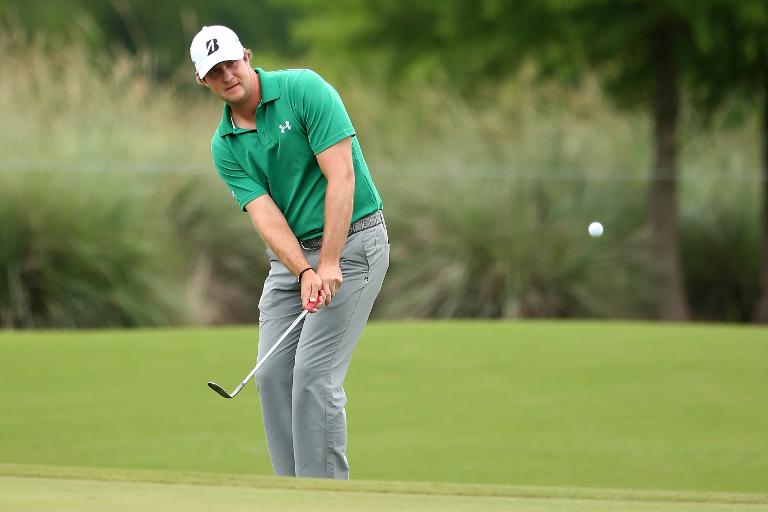 Hudson Swafford shot a six-under 66 in the second round to move into a tie for the lead as the Zurich Classic was suspended for the second straight day.

Swafford ended 36 holes at an 11-under-par 133 at the TPC Louisiana. He was joined in the lead by first-round co-leader Boo Weekley, who was three-under par through 15 holes of round two in the PGA Tour event.

Swafford is looking for his first USPGA Tour win, while Weekley is a three-time winner on the US tour.

With strong storms in the area, play was called for the day. The first round was completed earlier Friday after being stopped by darkness on Thursday. There was a 78-minute weather delay on Thursday that pushed play back.

The second round will resume Saturday morning.

Brendon de Jonge (70) and Cameron Tringale (65) are tied at 10-under. De Jonge shared the first-round lead with Weekley.

Swafford converted his sixth birdie of the day at the 16th. He closed his round with a pair of pars.

“It was really solid. The wind was kind of down early, and I hit some nice quality golf shots and just stayed patient. The wind then started picking up and we actually got put on the clock on 15,” Swafford said.

“Maybe a couple of out-of-rhythm shots coming in on 16 the tee ball and 17 the tee shot wasn’t that good, but all in all a really solid day.”

Chad Campbell posted a four-under 68 to move into a tie for eighth place at nine-under-par 135. He was joined there by five other players, who were all on the course when the horns blew to stop play.