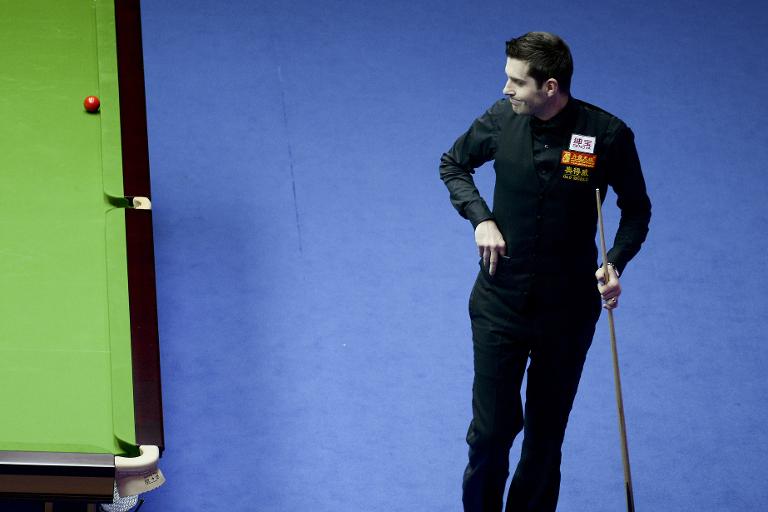 Mark Selby suffered a shock exit from the World Championships as qualifier Anthony McGill clinched a 13-9 win over the defending champion in Sheffield on Friday.

McGill is making his first appearance in snooker’s elite tournament, but the Scot showed no signs of nerves as he swept into the quarter-finals.

The 24-year-old had already defeated practice partner Stephen Maguire 10-9 in the opening round, but this was an even more impressive result.

Former world champion Ronnie O’Sullivan has tipped McGill to take the trophy in Sheffield one day, and he could be on course to emulate that praise even sooner than expected.

“I’m just ecstatic. To beat the world champion at the Crucible, I just can’t believe it,” McGill said.

“No-one expected me to win. I wasn’t expecting myself to win, I was just hoping to put up a decent fight and try my best. To beat Mark 13-9 is just a dream.”

No maiden winner of the World Championship has returned to the Crucible Theatre a year later to retain the trophy, with Selby becoming the 16th man to falter, joining a list that includes legends like Steve Davis, Stephen Hendry and O’Sullivan.

“He played fantastically all match and thoroughly deserved to win,” Selby said.

“I played really poorly in the second session. Every time he got a chance he seemed to punish me.

“I said to him at the end that if he played like that there’s no reason he can’t win it.

“I’ve known Anthony for a few years now. I’ve no embarrassment in losing. You look at the greats who’ve won it for the first time and not defended it.”

A steady opening session on Thursday had seen he and McGill reach 4-4, but the Scot stretched 10-6 clear by lunch on Friday after firing breaks of 56, 125 and 54, and there was no flinching from the outsider when play resumed in the evening.

They shared the opening two frames, before 87 from McGill took him 12-7 clear, inflicting a mortal blow to Selby’s prospects.

When Selby edged the next he at least had the thinking time the subsequent interval allowed, knowing he needed a further five frames without reply to extend his defence.

After a safety battle, McGill potted a terrific red to the middle pocket and was away on a victory charge, firing in a brilliant 82 before Selby offered a warm handshake.