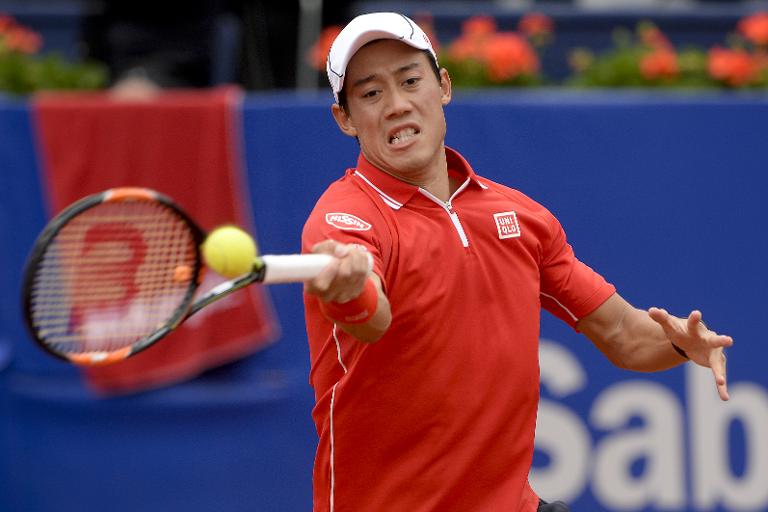 Reigning champion Kei Nishikori booked his place in the Barcelona Open final with a 6-1, 6-2 thrashing of Slovakia’s Martin Klizan on Saturday.

Klizan had won the only previous meeting between the two in a shock straight sets win over an injured Nishikori at last year’s French Open.

However, there was never any danger of a repeat in the Catalan capital as the world number five romped through the first set in just 28 minutes.

Klizan offered some more resistance at the start of the second set as he held onto his serve in a marathon opening game that included eight deuces.

Nishikori, though, won the next five games to take him to the brink of victory before serving it out comfortably.

“I played very well and I am happy, but if I want to win the final tomorrow I need to maintain my concentration and not commit errors,” said Nishikori.

“Andujar beat me two years ago in Madrid.”

The other semi-final was much more tightly fought as Andujar produced what he admitted to being some of the best tennis of his career to beat Ferrer for the first time.

“This is one of the best games I have played in my career,” said the world number 66.

“I knew that David is a very solid player from the baseline and it is very difficult to compete with him from there, so I tried to pressure his second serve and come to the net when I could. In the end it was a combination of me playing well and him making some mistakes at the start of the second set.”

Ferrer twice fought back from a break down in the first set before 29-year-old Andujar edged it in the tie-break, but serve was much more dominant in the second as one early break was all Andujar needed to serve it out.

And he called on the crowd in Barcelona to produce a Davis Cup style atmosphere to inspire him to another upset in the final.

“I am inspired. I think I have worked hard and in the end things are going very well, and there is no better place than here in Barcelona surrounded by my people.

“I hope it will be like a Davis Cup atmosphere. I hope the fans give everything tomorrow. I need them because Nishikori is playing very well.”