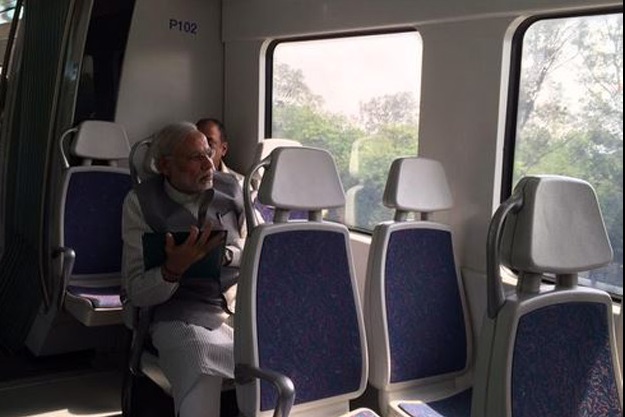 New Delhi: Prime Minister Narendra Modi on Saturday travelled by the Delhi Metro for the first time from Dhaula Kuan to Dwarka where he was going to attend a function of the National Intelligence Academy.

He took the Metro to avoid inconvenience to the public on the route because of the security arrangements. The PM boarded the Airport Express Metro at Dhaula Kuan station in south Delhi and got down at Dwarka Sector 21 station in south-west Delhi.

â€œSreedharan ji would always tell me to experience the Delhi Metro. Today I had the opportunity to do so on the way to Dwarka,â€ Modi added in another tweet.Â

“PM set an example today, used the metro just like all of us in public use daily. He is thus sending a message that all of us should use the metro regularly. He also advised his ministers that they should use a bicycle more often,” said environment minister Prakash Javadekar.