Home Sports Martin hoping to recover from whiplash in time 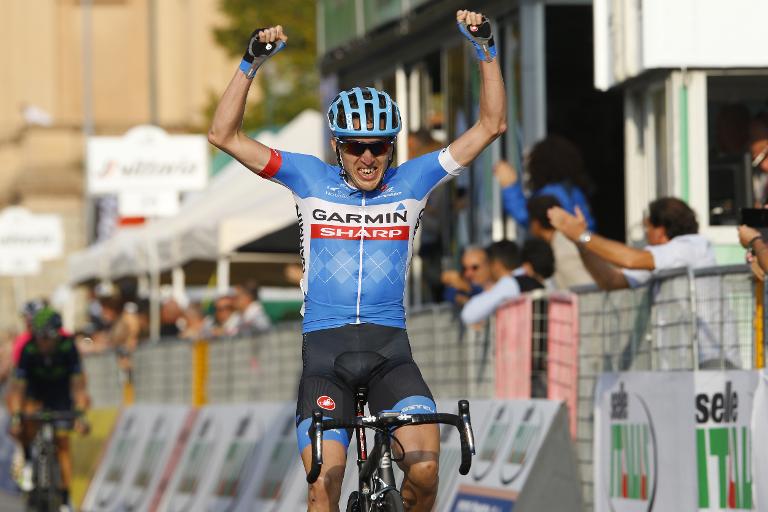 Ireland’s Dan Martin said Saturday he hopes his whiplash will have improved enough to allow him to challenge for victory at Sunday’s Liege-Bastogne-Liege Ardennes Classic race.

Martin, 28, won this prestigious ‘Monument’ race two years ago and looked a dead certainty to retain his crown last year before crashing on the final bend as he streaked clear of the rest of the field.

But his preparations for Sunday’s 253km race, known as La Doyenne (the oldest), hit a stumbling block on Wednesday when he crashed badly during the Fleche Wallonne.

“It’s improving every day (but) I also don’t know what will happen during the race tomorrow.

“Six hours like that on a bike, it could make it worse and I’ll have to stop.

“At this point in time we’re optimistic that I can be competitive tomorrow.”

After Martin crashed at the finish in Ans, Australia’s Simon Gerrans sped past to win a sprint finish ahead of Alejandro Valverde and Michal Kwiatkowski.

Valverde, who turned 35 on Saturday, won Fleche in midweek while 25-year-old Kwitkowski triumphed last Sunday at the Amstel Gold race.

Those two come into the race as favourites according to Spaniard Joaquim Rodrigiez, the Fleche winner in 2012 who was second to Martin in Liege in 2013.

Fellow veteran Gerrans, 34, is ideally suited to the finish in Liege but hasn’t been able to prepare for the race as well as 12 months ago.

He broke his collarbone in a training crash in January and then fractured his elbow in his first race back, Strade Bianche, in Italy in early March.

“I’m feeling good, I’m looking forward to getting back into some racing again,” said Gerrans, who held the Tour de France yellow jersey for two days in 2013.

“I haven’t done a lot of race days this year so I come into this period pretty fresh and ready to go.

“I think a few more race days would put me in a little bit better condition than where I’m at the moment but…I am feeling good and not tired.

“With not a lot of race days, I’m probably not at quite the level I was hoping to be, just through that lack of racing and missing a few crucial training rides. But, yes, it’s definitely coming along.”

Contrary to Martin, who wants a fast race that comes down to a few hopefuls, Gerrans said he was hoping for an easier day in the saddle, like last year, so that he can arrive at the finish as fresh as possible.

But he acknowledges that Valverde will be hard to beat.

“So he never ceases to amaze me how good he is.”

Valverde won a record-equalling third Fleche title on Wednesday and previously won Liege in 2006 and 2008.

But it is his numerous near misses that really stand out — he’s had seven other podium finishes in the three Ardennes Classics, as well as four more in the top 10.