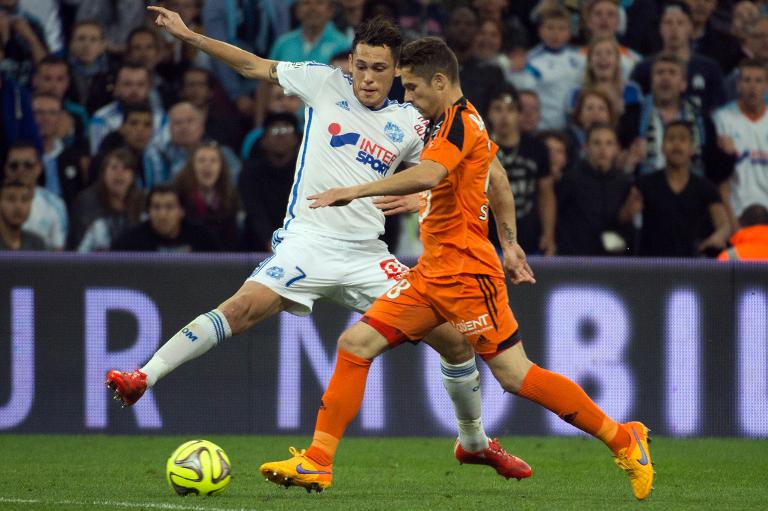 Lowly Lorient lifted themselves out of the Ligue 1 relegation zone on Friday with a hard-fought and unexpected 5-3 win away at high-flying Marseille.

The architect of the victory was striker Jordan Ayew, a man with a point to prove against his old club, where his brother Andre still plies his trade.

Ayew scored twice, had a hand in a third and was generally a difficult presence for his former team-mates to cope with.

“This is a very complicated moment for the team,” said Marseille coach Marcelo Bielsa.

“It’s the most crucial part of the season and the best thing to do is admit our mistakes. It’s up to me to seek solutions.”

Jordan Ayew opened the scoring and had a big hand in the second but his brother Andre was not to be upstaged as he pulled one back before the match descended into the realms of farce with both sides seeming to trade goals at will.

Lorient wasted little time in opening the scoring from their first attack, Ayew marking his return to the Stade Velodrome with a slickly-taken goal on nine minutes.

At the end of a fluid move, which split the home defence, Ayew had plenty of space to latch on to a deft knock-back by Roman Philippoteaux from Lamine Gassama’s cross and rifle home a low shot from 20 yards for his 10th goal of the season.

Yann Jouffre’s corner came back off Jeremy Morel’s head and Ayew knocked on for Bellugou to finish off from close range and claim his second league goal.

Lorient hardly looked like relegation candidates as they took the game to Marseille with growing confidence and played a neat short-passing game which frustrated the home side’s ambitions.

It took Marseille almost an hour to get going before Andre Ayew gave them hope, netting the rebound with a backheel flick after Dimitri Payet’s 35-metre free-kick eluded Lucas Ocampo but came back off the post.

They drew level in the 67th minute, Morel heading home Payet’s free-kick from the penalty spot, but a minute later Philippoteaux had put Lorient ahead again with a run through the static home defence.

Still Marseille were not finished and they were level again 14 minutes from the end when substitute Batshuayi Michy knocked in a long ball from Romao.

Ayew had other ideas, though and carved out a fine solo run from the left touchline to leave the Marseille defence for dead, before substitute Mathias Autret put it beyond doubt with four minutes to go, firing home after Steve Mandanda had parried his first effort.