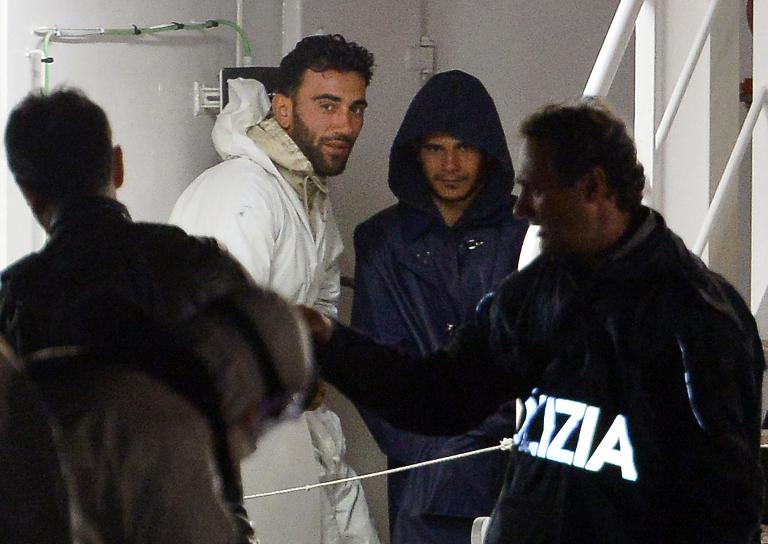 The Tunisian captain of a migrant boat in which at least 700 people drowned is to remain behind bars as an Italian judge continues his inquiry into the deadly disaster.

A judge in the Sicilian city of Catania on Friday ruled that Mohammed Ali Malek, 27, should be kept in detention along with his alleged deputy, Syrian national Mahmud Bikhit, who is 25.

The judge conducting the preliminary probe will Saturday question further witnesses, notably on allegations of violence even before the ship left shore, before ruling on the exact charges to be laid against the two.

The 20-metre (66-foot) former fishing boat Malek was in charge of capsized and sank off Libya in the early hours of Sunday after a collision with a container ship that had answered a distress call.

Malek, who faces a potential indictment for culpable homicide and causing a shipwreck, stands accused of causing the collision through steering mistakes and of allowing the boat to put to sea with far too many people on board.

Survivors say he was armed with a baton and a pistol.

Prosecutors also want him to be charged with illegal confinement on the basis of testimony from survivors that hundreds of those on board were locked into either the hold or a lower deck.

Survivors said Friday that two Somali crewmen had the keys to the hold but that they drowned when the boat capsized.

The skipper is also alleged to have been drinking and smoking hashish whilst in charge of the boat.

Prosecutors have asked for him to be charged only with aiding and abetting illegal immigration and his lawyers were expected to argue that he had been a migrant enlisted to help crew the ship rather than a member of the people-smuggling network responsible for organising the voyage.

Malek and Bikhit were among only 28 survivors of what appears to have been the worst maritime disaster in the Mediterranean since World War II.

Based on their interviews with the migrants who escaped, prosecutors have estimated that there were at least 750 people on board the boat when it embarked from the Libyan coast close to the city of Tripoli.

Aid organisations and the captain of the King Jacob, the Portuguese container ship involved in the fatal collision, had earlier put the total at more than 800.

Only 24 bodies were recovered from the waters around the wreck. They were taken to Malta and buried there on Thursday without any of them having been identified.

The people on board were mostly young men from sub-Saharan Africa but there were also reported to be victims from the Middle East and South Asia, including an unknown number of women and children.

The survivors included 12 Malians, four Eritreans, three Bangladeshis, two nationals of Senegal and Somalia and one each from Sierra Leone, Ivory Coast and the Gambia.

Survivors have told prosecutors how the migrants who paid between $730 and $7,000 for their place on the boat to Italy had been subjected to a reign of terror even before they were crammed on board.

Several migrants were beaten to death and others died of illness or exhaustion during a period of up to a month in which they were held in disused farm buildings near Tripoli awaiting embarkment.

Meanwhile the Vatican criticised an EU plan to capture and destroy smugglers’ vessels even before they can bee used, in what would be the first such military operation by European countries.

“What will they target? Only small migrant boats? Who can guarantee that apart from destroying boats people nearby won’t be killed?”, added Veglio, who is the Vatican official in charge of migrant issues.

The idea came up at an emergency European Union summit called to address the increasing numbers of would-be migrants who are drowning trying to reach Europe’s shores.

The EU wants an international mandate for any action in Libyan territorial waters, and Britain, Germany and France are set to demand a UN Security Council resolution.

EU diplomatic chief Federica Mogherini will use a visit to New York next week to “meet key actors” at the UN on the issue.