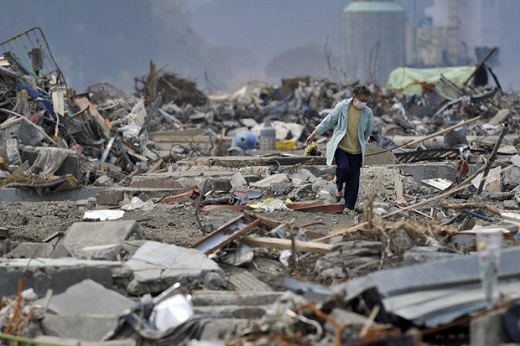 Haiyuan (Ningxia) was victimized by a destructive quake that measured by todayâ€™s standards an 8.5 magnitude. This disaster occurred on December 16th, 1920 and is often referred to as the Gensu earthquake. Landslides and ground cracks ripped through the epicenter and about 200,000 people died with thousands more injured.

On May 12th, 2008 before Beijing Olympics, Â Sichuan province was hit with a 7.9 magnitude quake.Â Over 69,000 were killed and thousands more injured, another 18,222 were listed as missing or presumed dead, and about five million people in total were made homeless. In total the disaster affected 15 million people but despite this the Chinese were able to open the Summer Olympics on schedule.

A massive earthquake of 7.9 magnitude on the Richter scale rocked Nepal and North India The epicentre of the earthquake was 26 km east of Lamjung, Nepal with a depth at 15 km. Massive tremors lasted for some minutes were felt throughout North India after a huge 7.5 magnitude earthquake in Nepal. Nearly half an hour after the first tremors, aftershocks were felt again.

Chinese villagers have long remembered 1976 as â€œthe year of the curseâ€. On July 27th, 1976 an earthquake with a magnitude of 7.8 on the richter scale struck Chinaâ€™s Tanshan region. The initial quake lasted for 10 seconds and featured aftershocks hitting as high as 8.2 on the richter scale. This was a devastating earthquake hitting a population of around 15 million and leaving casualty figures ranging from 500,000-800,000 dead.

A massive earthquake ripped through Southeast Asia, when the Indian Oceans floor cracked. The eruption created a 100-ft. tsunami (tidal wave) that swept through Sri Lanka, Thailand, Laos and Indonesia. It destroyed beaches, resorts and coastal towns with thousands of civilians, including western tourists killed and drowned by its destruction. Over 240,000 people died and billions of dollars went into rebuilding.