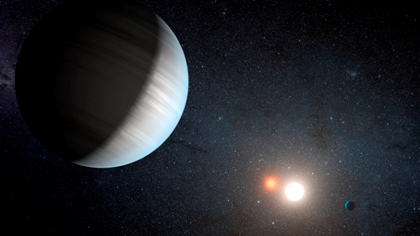 Washington: Researchers have recently reported that the list of potential life-supporting planets just got a little shorter, as the cosmic neighbour Tau Ceti is probably not the next Earth-like planet.

Although their data confirms that two planets (e and f) may be in the habitable zone it doesn’t mean life flourishes or even exists there.

Based upon the team’s models, planet f has likely been in the habitable zone much less than 1 billion years. This sounds like a long time, but it took Earth’s biosphere about 2 billion years to produce potentially detectable changes in its atmosphere.

A planet that entered the habitable zone only a few hundred million years ago might well be habitable and even inhabited, but not have detectable biosignatures.

Tau Ceti has a highly unusual composition with respect to its ratio of magnesium and silicon, which are two of the most important rock forming minerals on Earth. The ratio of magnesium to silicon in Tau Ceti is 1.78, which is about 70 percent more than Earth’s sun. Â