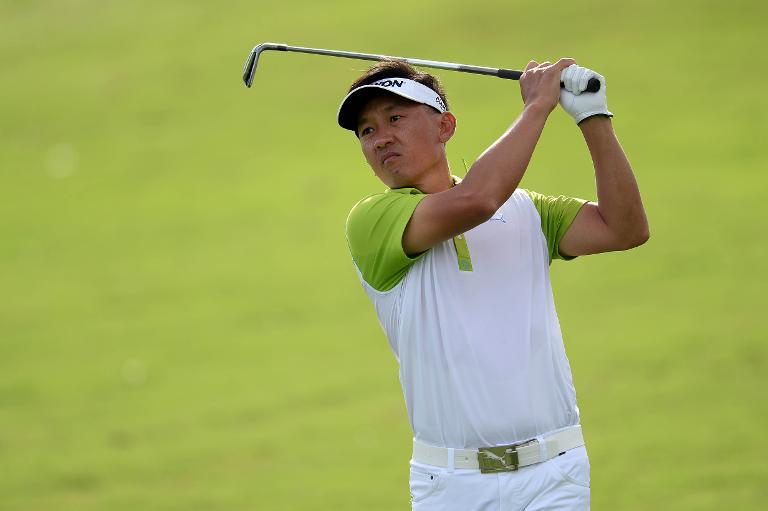 Park is chasing his first Asia Tour victory after shooting a one-over-par 73 on day two at the Royal Jakarta Golf Club, but faces stiff competition from seasoned players such as two-time tournament winner Lee Westwood of England and Bjorn, who both shot 74.

Westwood, a former world number one, took outright seventh place while Bjorn slipped to third, a position he shares with three others in the $750,000 Asian Tour event.

Bjorn, who is seeking his first win in Asia, boasts 21 professional victories worldwide including 15 on the European Tour but has ground to gain.

He started the day in the lead with Taiwan’s Chan Shih-chang, who recovered after a bad start to eagle his closing ninth hole and finish second.

The windy conditions made it tough for the field, with South Korean star Y.E. Yang one of the standouts who broke par.

“Conditions were really extreme,” Westwood said, according to a press release from organisers.

“We didn’t get a break with the weather.”

Westwood, who won the tournament back to back in 2011 and 2012, was still confident of victory if he could stick within a few shots of the leaders.

The 41-year-old Park said it was a “tough day in the office”, stumbling early before recovering to hold his lead.