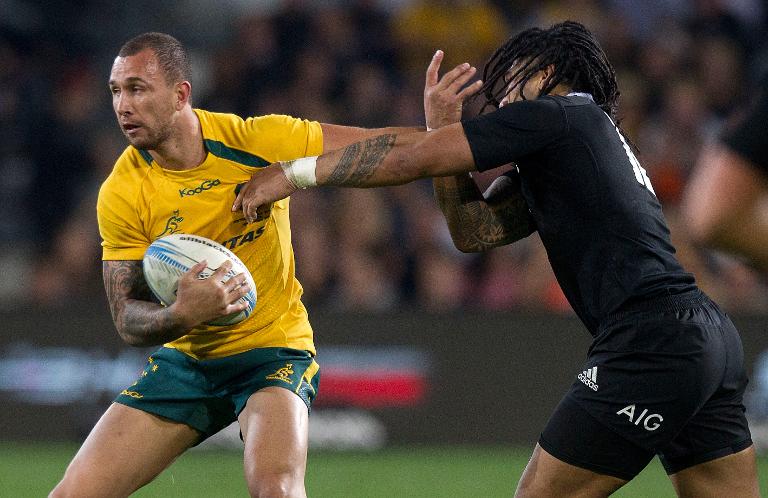 Australia fly-half Quade Cooper has signed a two-year contract to play for French champions Toulon, the club announced on its website Friday.

Capped 52 times by the Wallabies, the 27-year-old Cooper will join his new teammates during the summer to prepare for the 2015-16 season.

In particular he will link up with former Australia playmaker Matt Giteau, who has been instrumental in guiding the French club to this season’s European Champions Cup final.

The wealthy Cote d’Azur side are currently seeking a second straight Top-14 and European Cup double.

“He has been a player we have been keeping an eye on for several years now, and would have arguably been rated the best player in the world after the last World Cup were it not for injury,” said Toulon chairman Mourad Boudjellal.

“At 27 years old he is coming to Toulon to become the player that the whole world wants to see.”

Cooper is currently playing for the Queensland Reds in the Super-15 competition, but he broke a shoulder blade in a game earlier this month and will be out of action for up to two months.

The playmaker has endured two injury-blighted seasons and has dropped down the Wallabies pecking order.

He was sidelined for three months after fracturing his collarbone at training in January and was out for 16 weeks last year with a shoulder joint injury.

Cooper suffered his latest shoulder injury in making a tackle in his second game back for the Reds after recovering from the collarbone injury.

He becomes the latest Australia international to announce they are moving abroad after this year’s World Cup in England, following establised Test players like Will Genia, James Horwill and Adam Ashley-Cooper.

Earlier this week, the Australian Rugby Union announced a major change to its Test squad selection policy five months before the World Cup.

With immediate effect, overseas-based Australia internationals who have played more than 60 Tests for the Wallabies and held a professional ARU contract for at least seven years will be available to head coach Michael Cheika.

Previously, all overseas-based players were ineligible to be picked, and the move could now open the door to an international recall for some top players.