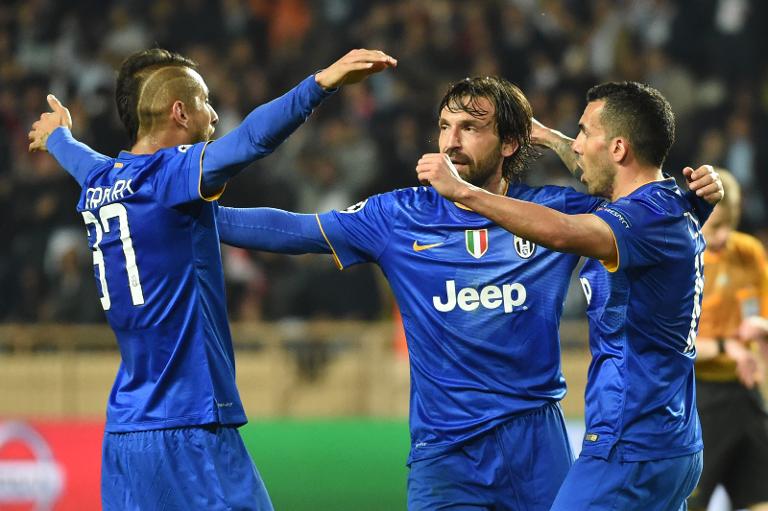 Unstoppable Juventus will hope to follow up qualifying for the Champions League semi-finals for the first time in over a decade by clinching a 31st Serie A title on Sunday.

With a 15-point lead on Lazio and Roma and seven games remaining, Juventus already have one hand on what will be their fourth consecutive scudetto.

But they can make the Italian league title mathematically safe if they beat Torino away in the city derby and both Lazio and Roma lose their games, at home to Chievo and away to Inter Milan respectively.

That would leave Juventus 18 points clear of the pack with six games remaining but the Turin giants could not be caught by Lazio and Roma because they hold the head-to-head tiebreaker on both capital sides.

Juventus on Thursday were still coming down from the high of reaching the last four of the Champions League for the first time since they went all the way to the 2003 final before losing to AC Milan in a penalty shoot-out.

But Chilean attacking midfielder Arturo Vidal was quick to remind his fellow teammates there is a title to be won, too.

“We’ll start thinking about the derby tonight. We have a scudetto to win,” Vidal said after Juventus held Monaco to a scoreless draw in their quarter-final second leg to advance 1-0 on aggregate.

Juventus make the short trip to Torino’s Stadio Olimpico for the ‘Derby della Mole’ — named after one of Turin’s major landmarks — as firm favourites having not lost to their city rivals since 1995.

But that hasn’t stopped former Bianconeri striker Fabio Quagliarellia, who joined Torino last season after failing to nail down a regular starting place under former Juve coach Antonio Conte, from dreaming of causing an upset.

“I hope it’s me who scores the winning goal on Sunday,” said Quagliarella, who has scored an impressive 12 goals this season for the Granata.

Securing the title is only a matter of time for Juventus, but the fight for European places continues in earnest.

Lazio and Roma are neck and neck for the league’s second automatic Champions League qualifying spot and the pressure this weekend is on the latter.

Inter host Roma for the 100th time in all competitions and, although Roma have won the past three fixtures in Milan, Rudi Garcia’s men may not be quite so confident this time.

Roma are struggling to emerge from a recent slump and Inter, who dominated city rivals AC Milan in a scoreless draw last week, are battling to stay in contention for next season’s Europa League.

Garcia welcomes Gervinho back to the squad after a three-game absence although expecting goals from the Ivorian striker, who has not scored in the league since November, could be a long shot.

Either way, Garcia expects a much-improved performance from his side following their second consecutive draw, against Atalanta, last week which left him fuming.

“Sometimes you suffer defeats that leave you disappointed, but this draw was worrying. The extent to which we were negative stunned me,” said Garcia.

Things are looking far brighter in the light blue half of Rome, with Lazio — who saw an impressive streak of wins stopped at eight in a 2-0 defeat to Juventus last time out — hosting struggling Chievo.

Lazio are still without Dutch defender Stefan De Vrij, one of their pillars of this season, and lost Argentina international Lucas Biglia to an ankle sprain that will keep him out for several weeks.

But before their reverse at Juventus, Lazio hit nine goals in three games. In that time, Chievo scored just twice on their way to a win, a draw and a defeat.

Napoli, in fourth, host Sampdoria in Sunday’s late game looking for a win that would keep their Champions League hopes alive.

However that fixture will have a particular flavour, with Sampdoria coach Sinisa Mihajlovic reported to have met Napoli president Aurelio De Laurentiis to discuss replacing Rafael Benitez next season.