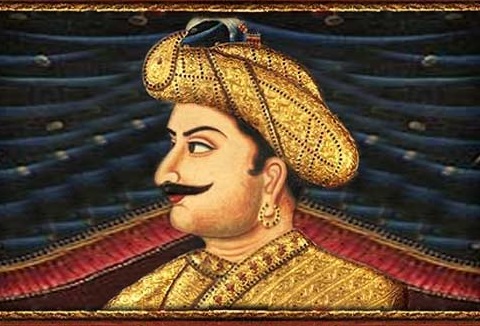 New Delhi: A collection of arms and armour once owned by Tipu Sultan was sold for nearly 6 million pounds in a London auction by Bonhams.

The 30 items in the ‘Bonhams Islamic and Indian Art Sale’ held on April 21 come from a single collection.

The top lot was a rare gem-set sword with tiger’s head pommel from Tipu Sultan’s royal regalia that went under the hammer for 2,154,500 pounds. It was estimated at to fetch between 60,000 pounds to 80,000 pounds.

Tipu Sultan, the last king of Mysore adorned both objects of art and instruments of war with images of the tiger and with the tiger-stripe design, earning the nickname of “Tiger of Mysore”.

“Bonhams is absolutely delighted with the outcome of the sale,” Claire Penhallurick said in a statement.

“We were fielding bids from all around the world. Clearly connoisseurs recognised that these treasures from Tipu’s armoury are astonishing works of art – and they were prepared to do what it took to acquire them” Penhallurick said.

The Islamic and Indian sale as a whole achieved 7.4 million pounds, auctioneers said.