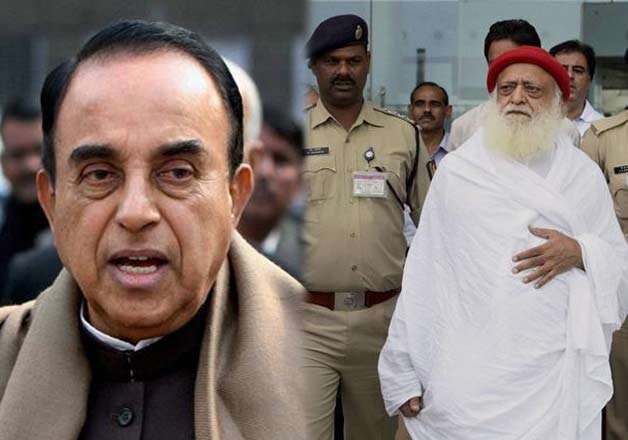 Jodhpur: Senior BJP leader Subramanian Swamy on Thursday held a meeting with Asaram Bapu in Jodhpur Central Jail and assured the self-styled godman that he would fight his case in the court.

“Bail is a fundamental right of Asaram and he would soon file a bail application in the lower court,” Swamy said, adding that he would fight his case in the court.

Comparing Asaram’s case with those of politicians like Lalu Prasad and Jayalalithaa, Swamy asked, “when they could be out of jail despite being convicted, why could Asaram not be out of jail”.

Earlier, at the court, Asaram expressed hope regarding the meeting, saying, “Swamy would do something in my case.”