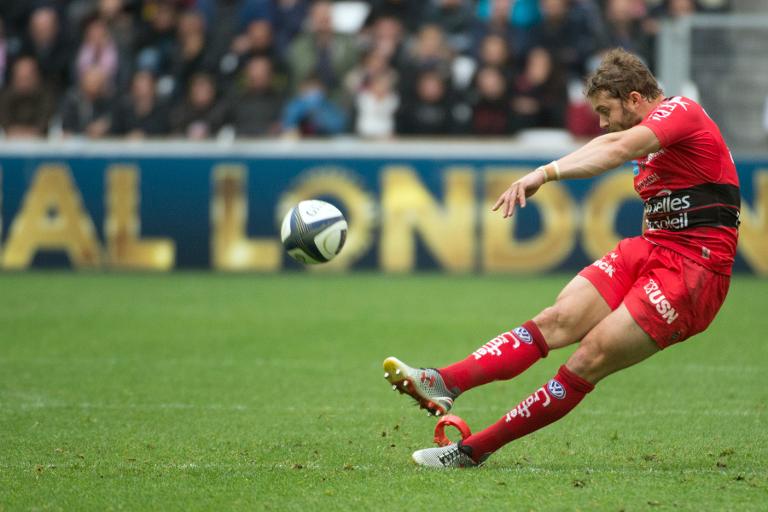 Top 14 leading duo Toulon and Clermont return to domestic duties on Saturday with one eye on their European Champions Cup final on May 2.

Leaders Toulon and second-placed Clermont play La Rochelle and Castres respectively, but face the dilemma of choosing between much needed points to secure a semi-final play-off spot and the desire to rest players ahead of the Twickenham final.

“Obviously, we are thinking about next week,” admitted Clermont lock Sebastien Vahaamahina, who is one of the 12 players who will be given a break against strugglers Castres.

Two-time European champions Toulon will go the same route, as 32-year-old fly-half Frederic Michalak will be the only man to feature against La Rochelle having also played in last week’s semi-final against Leinster.

Toulon manager Bernard Laporte has opted for 14 changes in his line-up with Matt Giteau, Bryan Habana, Sebastien Tillous-Borde and Juan Martin Fernandez Lobbe all on the bench.

“Some of my players are not all that young anymore, they need some rest,” Laporte explained.

“Someone like Matt Giteau, who hadn’t played in eight weeks, couldn’t even walk (after the European Cup semi-final).”

Toulon, three points ahead of Clermont and four in front of third-ranked Stade Francais, have some room to breathe as their win over Grenoble, with a reshuffled team a few days before their European semi-final, proved.

Clermont, on the other hand, suffered a setback in their quest for a semi-final play-off place when they lost to Oyonnax two weeks ago and now have little margin for error.

“We need to take points in each of the remaining games. We have four to play, including three away, starting with Castres,” explained coach Franck Azema.

For some players, however, the weekend game could be a chance to wiggle their way into the team for the May 2 final.

“There are some seats to be taken. Maybe not in the starting 15, that would be lying, but certainly in the 23-man squad. But if one of my players shines, it may change a few things,” smiled Laporte.