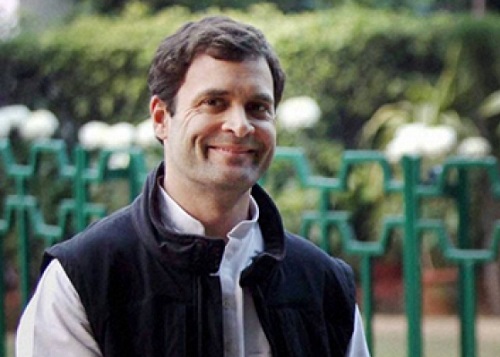 According to reports, the Congress vice president entered inside the sanctum and offered prayers at the holy shrine after the chief priest opened the doors of the ancient temple around 8.30 am for devotees to offer prayers to ‘Lord Shiva’.

Speaking to reporters later, Rahul Gandhi said, “I have come here to pay respects to those who lost their lives in the 2013 tragedy.”

When quizzed by reporters that he is seeking divine intervention to boost his political career, he said that though he did not ask for anything at the shrine, he felt a “fire-like” energy after entering the holy portals.Â

The Gandhi scion earlier trekked the last 16 km to the famous temple along with senior Congress leaders.

He walked the 16-km trail because he hopes that others will follow, boosting tourism in the state which was ravaged by floods two years ago.

“I wanted to walk the distance as a tribute to the people who died in the tragedy in 2013,” Gandhi said. He said he turned down the offer to use a government helicopter to fly to the temple, which opens on Friday for pilgrims.

The 44-year-old recently returned to Parliament after a controversial leave of absence that lasted nearly two months. Since then, he has joined his mother and party chiefÂ Sonia Gandhi on leading the Congress protests in and outside Parliament against the government’s land reforms, which opposition parties like his describe as “anti-farmer.”