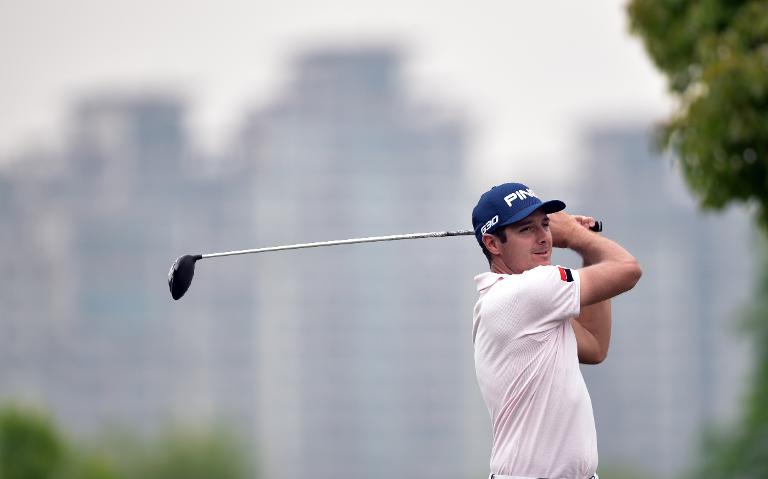 Julien Quesne of France stormed to the top of the leaderboard half-way through the Volvo China Open Friday, with compatriot and defending champion Alexander Levy in second place.

Quesne fired a blistering five under par on the second day of the $3.2 million tournament, with six birdies and a bogey, to finish the round with eight under overall.

The score leaves him one stroke ahead of Levy and American Peter Uihlein overall at the par 72 Tomson Shanghai Pudong Golf Club.

Levy had birdied on six of the first 13 holes before crumbling on the 16th, driving into a bunker and then the water to record a double bogey.

The 24-year-old scored a bogey on his next hole — after finding the sand from the tee — but finished strongly with another birdy.

Uihlein, meanwhile, fired five birdies before finishing in style with an eagle on the final hole.

The pair are ahead of a group of six players on five under, including Chinese number one Li Haotong and Thailand’s Kiradech Aphibarnrat, who tussled in a playoff at the Shenzhen International last Sunday.

Aphibarnrat emerged victorious to end Li’s dream of a maiden European Tour victory in southern China, and said he was full of confidence following the win.

“I’m not driving the ball as well as I did last week, but the rest of my game is in pretty good shape, especially my short game,” he said, according to information released by the organisers.

“I’m still feeling good. I’ve been getting lots of rest and eating well, so I’m feeling fine and ready to go.

“Mentally I’m sharp and my confidence is high, so I just have to keep it up.”