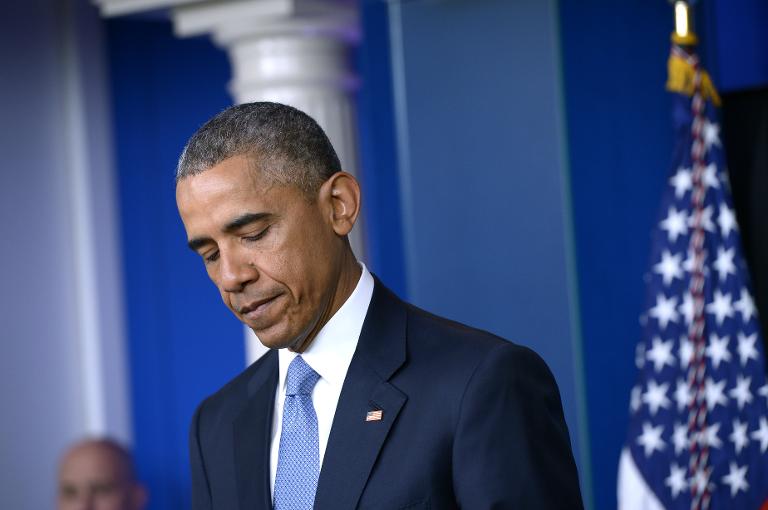 President Barack Obama said he took “full responsibility” on Thursday for the accidental killing of an American and Italian hostage during an apparent drone strike on an Al-Qaeda compound in Pakistan.

Lifting the lid on a classified operation, a solemn Obama expressed his “deepest apologies” to the families of 73-year-old economic advisor Warren Weinstein and 39-year-old aid worker Giovanni Lo Porto.

Obama gave few details of the botched action, which officials suggested was a drone strike that took place on an Al-Qaeda lair in January after hundreds of hours of surveillance.

The strike also killed Ahmed Faruq, an American described as a leader of Al-Qaeda in the Indian Subcontinent.

It was also revealed that Al-Qaeda’s English-language spokesman, a California rocker-turned jihadist, Adam Gadahn, died in a separate strike.

The White House said neither Al-Qaeda member was specifically targeted, raising further questions about the credibility of US intelligence.

“As president and as commander-in-chief, I take full responsibility for all our counterterrorism operations, including the one that inadvertently took the lives of Warren and Giovanni,” Obama said.

“I profoundly regret what happened. On behalf of the United States government, I offer our deepest apologies to the families.

“It is a cruel and bitter truth that in the fog of war generally and our fight against terrorists specifically, mistakes — sometimes deadly mistakes — can occur.”

Italy’s foreign ministry described the deaths as a “tragic and fatal error by our US allies” but said “terrorists” were entirely to blame.

This is just the latest controversy around Obama’s counterterrorism operations, which — while killing Osama bin Laden in a commando raid — have more often relied heavily on secret drone strikes.

Obama was quick to stress that “we do believe that the operation did take out dangerous members of Al-Qaeda.”

“Since 9/11, our counterterrorism efforts have prevented terrorist attacks and saved innocent lives both here in America, and around the world,” Obama said.

Despite Obama’s defense of his counterterrorism record, congressional leaders rapidly called for more oversight over the drone program.

Democratic Senator Dianne Feinstein demanded an “annual report on the number of deaths, both combatant and civilian, from US strikes.”

Republican Senator John McCain said there must be a review of the incident, but indicated the drone program should continue.

“These new disclosures raise troubling questions about the reliability of the intelligence that the government is relying on to justify drone strikes,” said American Civil Liberties Union deputy legal director Jameel Jaffer.

“In each of the operations acknowledged today, the US quite literally didn’t know who it was killing.”

Lo Porto disappeared in January 2012 in Pakistan, just a few days into his second stint in the country. A native of Sicily, Lo Porto previously worked in Croatia, the Central African Republic and Haiti.

Weinstein was snatched after gunmen tricked their way into his home in Lahore on August 13, 2011 shortly before he was due to return home after seven years working in Pakistan.

He later appeared in a video in which, under apparent coercion, he asked the United States to free Al-Qaeda prisoners.

Weinstein’s widow said in a statement that “we are devastated by this news and the knowledge that my husband will never safely return home.”

“The cowardly actions of those who took Warren captive and ultimately to the place and time of his death are not in keeping with Islam and they will have to face their God to answer for their actions,” she said.

Pakistan’s government said its intelligence and law enforcement agencies had “been making strenuous efforts” to locate Weinstein and were in regular contact with his family.

“The tragic news of Mr. Warren Weinstein’s death reportedly in a US drone strike has shocked everyone in Pakistan,” said Washington Embassy spokesman Nadeem Hotiana in a statement.

The White House said the United States would compensate the families’ of both men, but details have yet to be finalized.