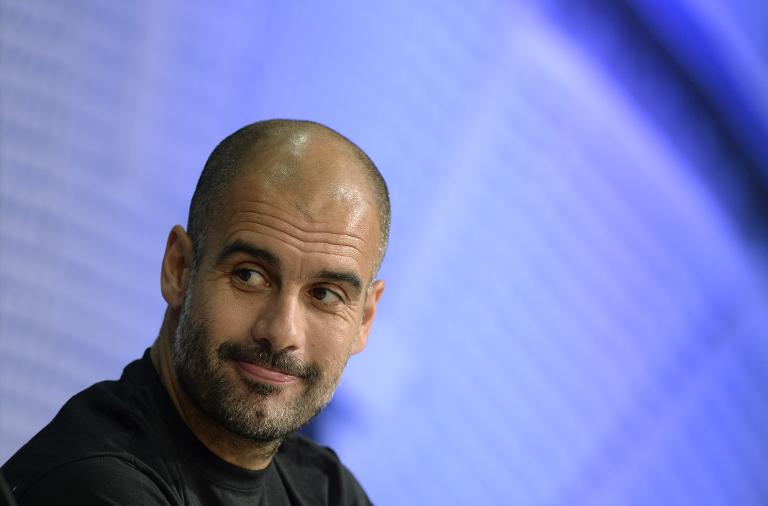 Pep Guardiola will return to face his former club Barcelona after the draw for the Champions League semi-finals on Friday paired the Catalans with Bayern Munich while holders Real Madrid were drawn against Juventus.

Barcelona, who are in the last four for the seventh time in eight seasons, will be at home to the Bundesliga side in the first leg on May 6 with the return at the Allianz Arena on May 12.

Guardiola won the European Cup as a player with Barcelona in 1992 and then won 14 trophies in four seasons as coach, including the Champions League in 2009 and 2011.

He had made way for Tito Vilanova by the time Barca were destroyed 7-0 on aggregate by Bayern in the semi-finals in 2013, when the German giants went on to win the trophy.

“When you play in the semi-finals, you always get a big team. I have great respect for them and I am very, very happy to have had this experience in my life, but at the end of the day it’s a football match,” said Guardiola.

“Of course it is special for me and very, very emotional, whether it is one game or two.”

“Of course, only football can write stories like this,” remarked Bayern’s sporting director Matthias Sammer.

“We know we’ll be facing a good opponent. It’s a great situation to be in and I’m looking forward to it hugely.”

After leaving in 2012, Guardiola did not go back to the Camp Nou until he attended Barcelona’s victory over Manchester City in the last 16 last month.

His old side are now coached by Luis Enrique, alongside whom he played at Barcelona in the 1990s.

“We have played 10 games in the Champions League, and we have won nine and lost one, playing both home and away.”

– Ancelotti goes back to Juve –

Meanwhile, Madrid go to Italy for the first leg of their tie against Serie A leaders Juventus on May 5 as they look to become the first club to retain the trophy in the Champions League era.

The tie is a repeat of the 1998 final, which Madrid won 1-0 in Amsterdam, and the Spanish side will be fancied to come out on top on this occasion too.

“We will face a legendary club, I think it is good news for football and the Champions League that Juventus have returned to this level and obviously it will be a very even tie,” said former Real player Emilio Butragueno, now the club’s Director of Institutional Relations.

“We faced them last year, they are a very competitive team and hopefully we can recover the injured players to be able to face this tie at our maximum level.”

The 10-time European champions beat city rivals Atletico Madrid in a tense quarter-final despite being without the injured Luka Modric, Gareth Bale and Karim Benzema, although coach Carlo Ancelotti is confident that at least the latter two will be fit for the semi-finals.

Italian Ancelotti played in the last team to win the European Cup in successive seasons, the AC Milan side of 1989 and 1990, and coached Juventus between 1999 and 2001.

Juventus, who will go to the Santiago Bernabeu for the return on May 13, are through to their first Champions League semi-final since losing on penalties to Ancelotti’s Milan in the 2003 final.

They are the outsiders in the last four, with Barcelona, Bayern and Madrid having racked up 13 semi-final appearances between them in the last six seasons and having won the Champions League four times between them over the same period.

However, they beat the then-holders Madrid in the semi-finals in 2003, and former player Pavel Nedved, now an ambassador for the club, said: “This reminds me of something.

“They are monsters. We are happy to be competing with these three teams, who are the best sides in the world. I have great confidence in the team.”

This year’s final will be played in Berlin on Saturday, June 6.