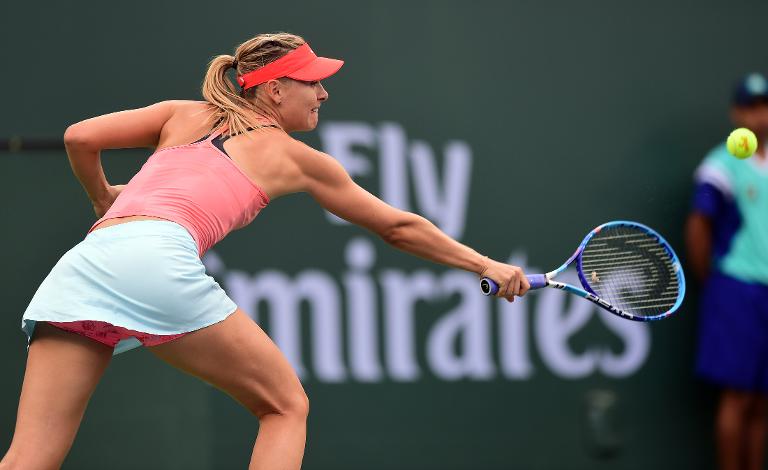 It also means the French Open champion will lose her world number two ranking to Simona Halep next week.

The defeat for 28-year-old Sharapova ended a seven-year streak of 64 successive wins on clay after securing the first set.

Sharapova, who skipped Russia’s Fed Cup semi-final win over Germany with a leg injury last weekend, was on course for a comfortable win at one stage, leading by a set and 5-4.

But left-handed Kerber won three games in a row to sneak the second set 7-5 before eventually taking victory after two hours and 27 minutes.

Sharapova finished with 44 winners to 40 unforced errors while Kerber was 22-20.

“It felt amazing out there. The crowd was so supportive of both of us. I was a little bit tired in the second set but when I heard the crowd I was fighting until the last point.”

Kvitova, who took a six-week break to recover from exhaustion, resumed training three weeks ago and won both her Fed Cup semi-final singles rubbers as the Czechs beat France 3-1 last weekend.

The unseeded American, who reached the last 16 at the Australian Open, will next face France’s Caroline Garcia who put out Carina Witthoeft of Germany 7-6 (7/4), 6-2.

“I think that Madison played a solid match. She didn’t miss much and it was really difficult for me because when I had the opportunity for winners I missed,” said Kvitova, who hit 39 unforced errors and the same number of winners.

“The confidence wasn’t really high then and I didn’t feel physically there as well.

“I mean I was still tired probably from the Fed Cup. And on the clay you need to be physically ready for it. So, that was one of the reasons as well. I need to be still patient and I’m looking forward to next week which I’m going to use to practice on clay.”

The Dane won just one claycourt match in 2014 but with the French Open fast approaching she has enlisted the help of three-time Roland Garros champion Arantxa Sanchez-Vicario to be part of her coaching team this season.

Wozniacki next plays either Belinda Bencic or Carla Suarez Navarro.