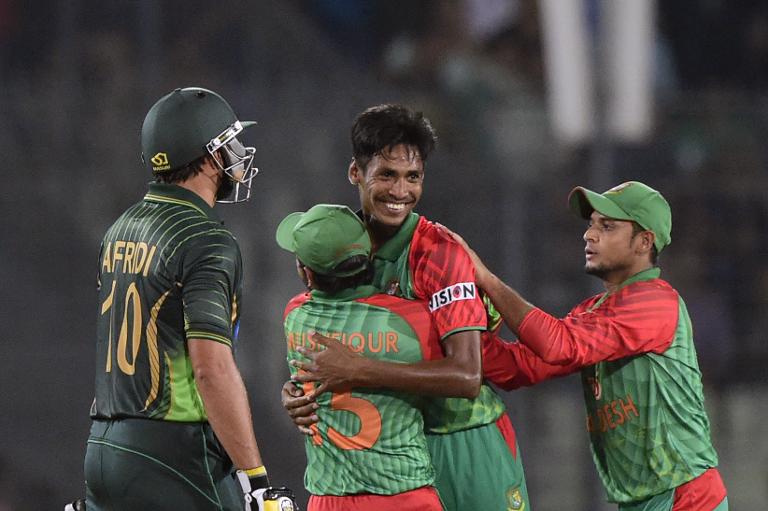 Debutant seamer Mustafizur Rahman took two for 20 in four overs as Bangladesh kept Pakistan down to 141 for five in the one-off Twenty20 international in Dhaka on Friday.

The 19-year-old left-armer showed no signs of nerves as he grabbed the key wickets of skipper Shahid Afridi and senior all-rounder Mohammad Hafeez during a tidy spell.

Newcomer Mukhtar Ahmed top-scored with 37 off 30 balls and left-hander Haris Sohail made an unbeaten 30, but Pakistan struggled to dominate after electing to bat on the slow wicket at the Sher-e-Bangla stadium.

Opener Ahmed Shehzad plodded to 17 from 31 balls and Afridi was unlucky to be given out caught behind for 12 when replays showed the ball missing the edge of the bat.

Pakistan were 77 for three in 12.1 overs before Sohail and Hafeez (26) boosted the total by adding 49 for the fourth wicket.

Bangladesh had swept the preceding one-day series 3-0. The T20 game will be followed by a two-Test series starting on Tuesday.