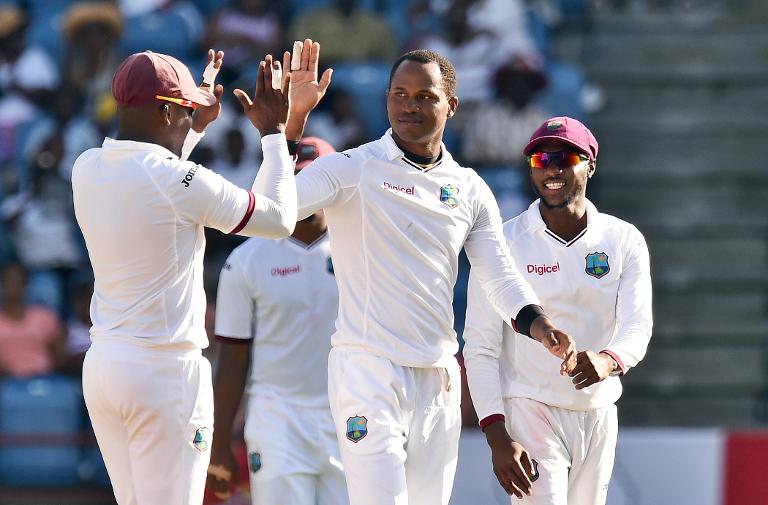 West Indies all-rounder Marlon Samuels conjured up a new twist to his feud with Ben Stokes when he stood to attention and gave a military-style salute to his English rival.

Samuels stood bolt upright and mockingly raised his right hand to his forehead as Stokes walked past him after being dismissed for just eight on the third day of the second Test.

The gesture by the West Indian drew praise and criticism on social media.

“He can be an absolute tool sometimes but I have to admit Marlon Samuels just made me laugh tea out of my nose with his saluting send off,” tweeted former England off-spinner Graeme Swann.

Stokes and Samuels have been at each other’s throats over the course of the match.

The West Indies player made a century in the first innings and claimed that the Englishman’s verbal exchanges spurred him onto his three-figure score.

“There’s nothing wrong with a little bantering. This is international cricket. As long as it doesn’t go over the top, I’m fine with it,” he said.

“I think it’s more friendly than anything else. He gave a salute, is that a sign of respect? I don’t know but I’m hoping so.

“That’s something that we don’t really preach. We always make sure that we tell the guys to keep it clean, and keep it within a certain range, and don’t go over the top.

“International cricket is hard, and they must find ways to relax themselves, and smiling is one of those things. As much as we’re working hard and want to win, you must have some fun doing it. You’ve got to enjoy what you are doing.”