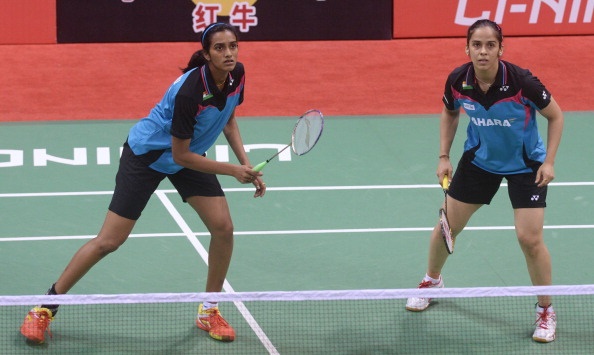 Wuhan: Indian challenge ended at the Asia badminton championship with Saina Nehwal and P V Sindhu suffering three-game defeats in the quarterfinals of the continental championship in Wuhan on Friday.

Eighth seed Sindhu, who is playing her first tournament after missing action last month, too ran out of steam against top seed Li Xuerui of China, losing 21-11 19-21 8-21 in a match that lasted 52 minutes.

Olympic Games bronze medallist, Saina has always found it difficult against Tzu even though she has beaten her opponent five times in the past.

In their last five meetings, however, Saina had to face defeat against Tzu and on Friday was no different as her fight ended in another heartbreak.

Saina had to fight back after lagging 6-10 early on to draw parity at 11-11. The Indian opened up a slender 16-14 lead at one stage only to see it blow away. However, the Indian secured five consecutive points after that to grab the opening game.

In the second, Tzu didnâ€™t give Saina any chance as she slowly and steadily distanced herself from the Indian, before making a giant jump with straight five points to move to 14-7.

She held her fort after that to bounce back into contest.

In the decider, Tzu once again surged ahead 5-1. After a lot of hard work, Saina caught up with her at 17-17 but the Taiwanese shuttler soon shut the door on the Indian to cement her place in the semifinals.

Going into the match with a 1-1 record, Sindhu did not waste any time as she zoomed to 8-1 lead, a gap which Li could not bridge as the Indian conjured up hopes of a win by pocketing the opening game.

In the second game too, Sindhu opened up a 7-3 lead early on but Li clawed back at 9-9 and turned the tables with a 17-13 lead after that. Sindhu narrow the gap to 19-20 but Li grabbed the next point to roar into contest.

In the decider, Sindhu just didnâ€™t have enough steam to challenge Li as the Chinese moved into the semis without much ado.