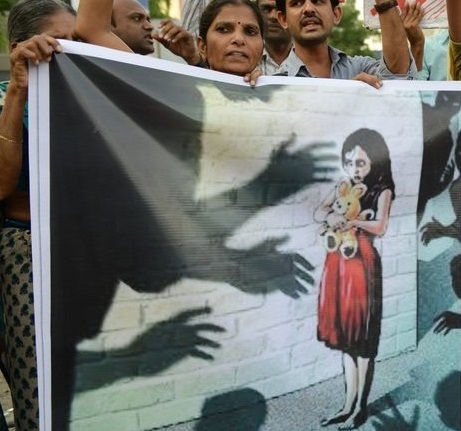 The sufferer in an ego-tussle between policemen of two districts was a five-year-old girl who was raped in MumbaiÂ on Tuesday.

The little girl was bleeding as she was taken to two police stations, at Wadala and at Antop Hill and forced to wait for two hours before she could be admitted to a hospital.

The police say the child went missingÂ on TuesdayÂ when her mother sent her out for some work.

CCTV footage shows a man carrying away the child from outside her home at Wadala in eastern Mumbai. She was allegedly raped at Antop Hill.

She was found crying by locals at aroundÂ 11 pm. The police first brought her to the Antop Hill police station and then took her to Wadala. By the time she was taken to hospital, it was aroundÂ 1.30 am.

Senior police officers have admitted that the child was forced to wait but no action has been taken.