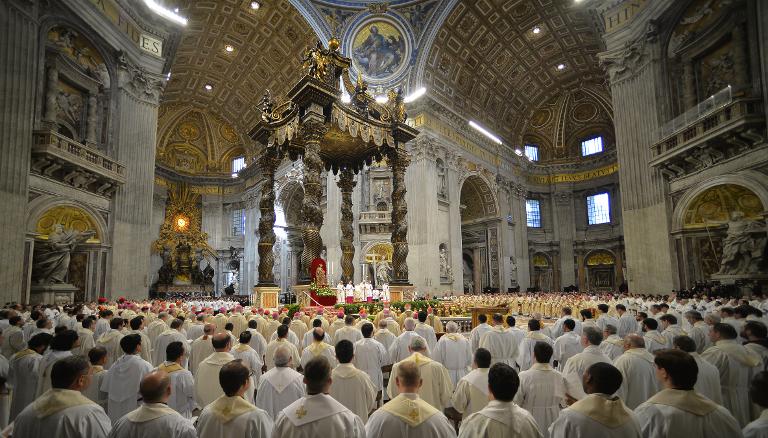 An 18th-century book on the history of Saint Peter’s Basilica that was stolen last year in Rome has been recovered at a bookstore in Buenos Aires, officials said Thursday.

The 1748 book, which was lifted from a private library in the Italian capital, had been offered for sale online at a price of $3,500.

Authorities seized it after tracking it down at a bookstore in the Argentine capital’s upscale Recoleta neighborhood, the attorney general’s office said on its website.

The title roughly translates to “Historical Memories of the Great Dome of the Vatican Temple, and the Damage to It, and Its Restoration, Divided in Five Books. To His Holiness of Our Lord Pope Benedict XIV.”

It was written by academic and architecture expert Giovanni Poleni and published by Stamperia del Seminario in Padua.

It was part of a stolen collection of 120 antique volumes valued at more than one million euros ($1.1 million).

The operation to recover it, carried out by the Division for the Protection of Cultural Heritage at the Argentine office of Interpol, was launched after Italian police requested international help.

The book is in Interpol custody pending a formal request from Italian authorities for its return.