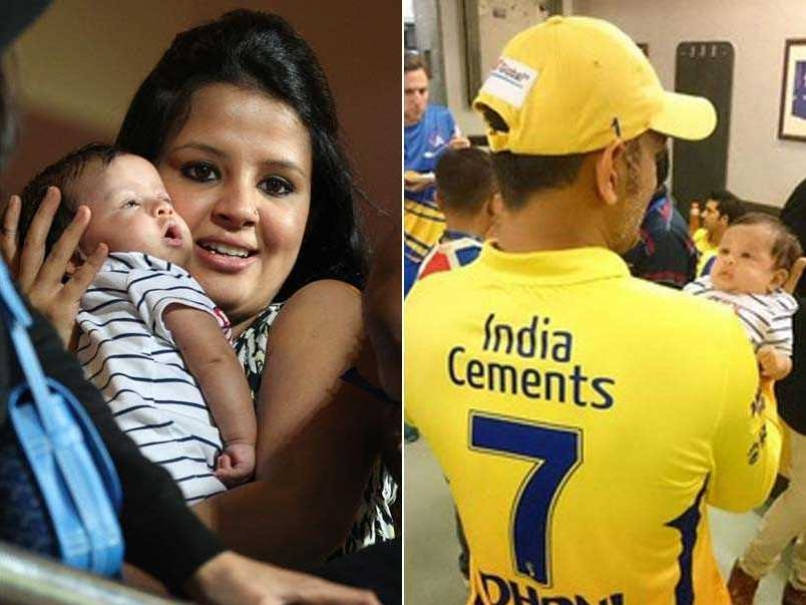 Hyderabad:Â How many times have we logged into a website and been bombarded with hot WAGS, 10 hottest WAGs and so on? Now, the trend has changed. These days, weâ€™re talking about KAGs. Say what? KAGs. Kiddos at Games. First it was Shahrukhâ€™s mini me AbRam. But now, Dhoniâ€™s little princess is the new thing on the internet.

Unlike other celeb parents, Dhoni has had no qualms in obliging the eager shutterbugs with a little slice of his diva once in a while. In fact, ever since his return to India after the World Cup, he has been inseparable from her. From the team bus to the hotels where daddy dearest puts up, little Ziva is there to make sure that daddyâ€™s doing his homework properly.

Ziva made her debut in the dressing room, with doting dad not missing the moment and sharing it promptly on microblogging site Twitter. Naturally, the â€˜awwsâ€™ were abundant, with the little bundle of joy not even knowing that at hardly two months old, sheâ€™s already ruling the internet.

Parenting has perhaps taken a new dimension with Dhoni setting the trend for good things need not be a secret. From the Bachchans fiercely protecting Aaradhyaâ€™s public appearances, to Dhoni openly parading his newfound love, arenâ€™t we just loving it? With Ziva officially inducted into the cricketing system, thereâ€™ll be many such â€˜awww-worthyâ€™ moments for us to go gaga over.

As of now, big thumbs up to new dad Dhoni!